Click here to be the first to review Arusha 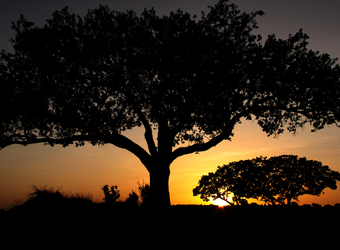 Arusha is an ideal place to relax and acclimate before your safari. Browse the famous Cultural Heritage Center for arts and crafts, or lounge at your hotel, whether it’s on a working coffee farm with lushly landscaped grounds, or set on a river amidst flowering gardens. While Arusha National Park cannot replace Tanzania’s larger, iconic national parks like the Serengeti, this 212-square-mile preserve provides a nice introduction to a Tanzanian safari within a short time and in an easily accessible package. The view is dominated by the nearly 15,000-foot Mount Meru. Hiking in the foothills of the ancient volcano reveals forests densely populated with 400 bird species and plenty of monkeys. A unique sight in the park is Fig Tree Arch, an enormous tree with a gap in the middle large enough for cars to drive through. 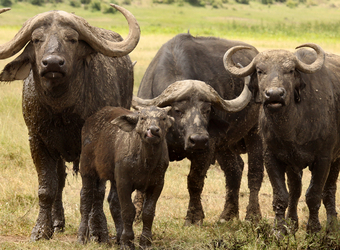 Lesser known than the famed Serengeti, Ngorongoro Crater and other parks and reserves of Tanzania, Arusha National Park is actually a pleasant surprise, and rich in wildlife. Leopard and spotted hyena are possible sightings in this small sanctuary, though elephants are quite rare and lions are not seen here. In the wooded savanna approaching the base of Mount Meru, Maasai giraffe and Cape buffalo are often found. The park’s montane forest is the only location in northern Tanzania where black-and-white colobus monkeys are found. A variety of other monkeys, Burchell’s zebra and warthog are also at home here. Ngurdoto Crater’s grassland lies to the southwest of the park, and the shallow alkaline Momella Lakes in the northeast are seasonally home to many waterfowl and wading birds such as large flocks of pink lesser flamingo. The Narina trogon and bar-tailed trogon are two highlights within the forests. 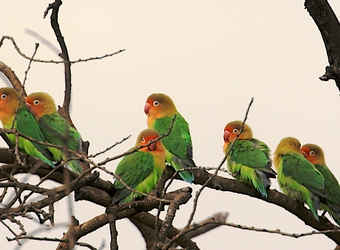 How to Include Arusha in Your Safari Itinerary

Arusha is the classic jumping-off point for a northern Tanzania safari. Add a second night in Arusha to acclimate after your travels, and consider a visit to Arusha National Park, which can be an enriching addition if you have a morning or afternoon to fill. From Arusha, it’s an easy drive to Tarangire or Lake Manyara to see grassy plains, mystical baobabs, large herds of elephant and plains game and tree-climbing lions. Ngorongoro Crater is a fabled safari experience, the largest unbroken caldera in the world, chock-full of predators, rhino, antelope and more, while nearly adjacent is Serengeti National Park, home to the world’s largest land migration. If your focus is the remote western and southern reaches of Tanzania, go chimp-trekking in the Mahale Mountains, and view massive herds in untouched tracts of land from Katavi to Ruaha and Selous.

(0.00)
Review Arusha No reviews for Arusha Click here to be the first to review Arusha

Safari Itineraries that include Arusha