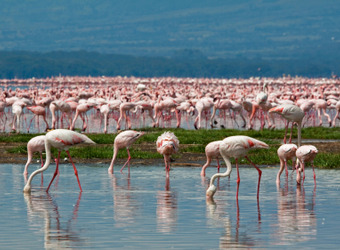 Stretching along the base of the Great Rift Valley escarpment in northern Tanzania, Lake Manyara is famous for its alkaline lakes, habitat for thousands of pink flamingos. Ernest Hemingway called its setting “the loveliest I had seen in Africa.” Troops of baboons and blue monkeys carouse in the forest while leopard, cheetah, elephant and plenty of hoofed animals roam the plains. You may even see the park’s famous tree-climbing lions! 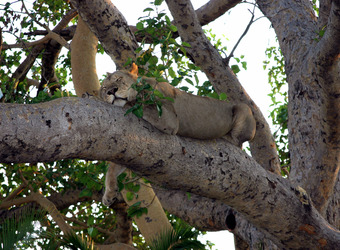 Lake Manyara National Park is a scenic place where the alkaline lake abounds with birds in the green season. When the rains subside, the lake bed gives way to large herds of wildlife in the dry season. Inside the park, activities revolve around morning and afternoon wildlife drives in open 4x4 vehicles, in search of varied animals in the mahogany forest and grassy floodplain that opens onto the lake. This is one of the few national parks in Tanzania that allows night wildlife drives, albeit at an additional fee. Just outside the park on the escarpment there are many more activities on offer, such guided cultural walks, mountain biking, bush meals, sundowner cocktails, abseiling and visits to a local Maasai village where visitors may purchase beaded jewelry. Farther afield, forest walks inside the neighboring Ngorongoro Conservation Area and wildlife drives into the famous crater can be added to any safari. 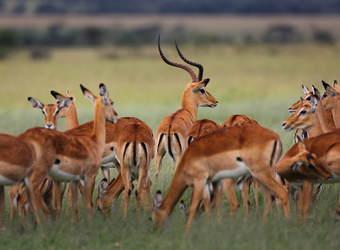 Abundant populations of wildlife are on view at Lake Manyara. Large herds of buffalo, zebra and wildebeest assemble on the grassy plains. The Maasai giraffe found here often have dark coloring and appear as black towers in the distance. A belt of acacia woodland harbors the famous tree-climbing lions of Manyara, as well as elephant with impressive tusks and petite Kirk’s dik-dik. Leopard are spied occasionally. Many hippo inhabit shallow pools in the park. The birdlife of Lake Manyara is prolific year-round with the possibility of seeing a hundred species on any given day, including many large waterbirds like cormorants, pelicans and storks. There are 400 recorded species in the park, and most remain year-round. The wet season sees the soda lake, which occupies up to 60 percent of the park at its fullest, fill with water, and thousands of pink flamingos gather along the edges of the lake, creating a beautiful spectacle. 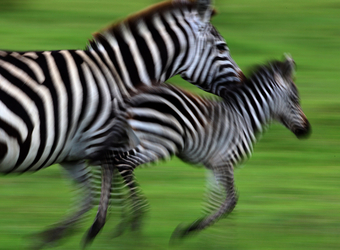 How to Include Lake Manyara in Your Safari Itinerary

Often the first or second stop on a northern Tanzania safari, Lake Manyara is an appealing short stay. During the dry season, a natural first stop is Tarangire, to see herds of elephant and beautiful baobabs, followed by Lake Manyara. From Lake Manyara, Ngorongoro Crater is an ideal next stop, just a short drive away. The lush Ngorongoro Crater Conservation Area contrasts with the grassy plains of Lake Manyara, and you may have a chance to see flamingos in the crater if not on the lake itself. Concluding your safari with the Serengeti provides a chance to witness the migration of nearly two million wildebeest, zebra and Thomson’s gazelle over the vast savanna, depending on the season. As with any Tanzania safari, Zanzibar is an easy addition, giving a different cultural, historical and natural perspective on this diverse country, as well as opportunities for beach and sea activities.