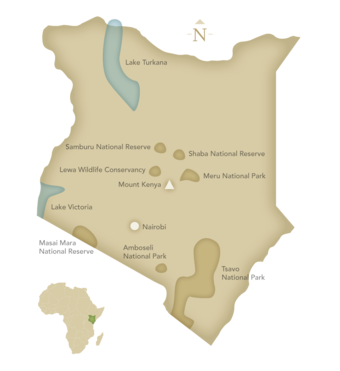 Kenya has attracted explorers and adventurers for centuries. One of the world’s most famous travel destinations, Kenya is renowned for its remarkable diversity of landscapes, animals and cultures. From vast plains to snowcapped mountain summits, Kenya provides a striking backdrop for Africa’s most classic safari adventures. Witness the Great Migration in the Maasai Mara. Hear elephants trumpet in Amboseli. Scout for rhinoceros making a comeback at Lewa. At night, tucked beneath canvas under a canopy of stars, listen to a lion roar across the savanna. It’s all here in Kenya, Africa’s original safari destination.

Read About the Different Regions and Parks in Kenya

When you think of traditional safari destinations, for most people it's Kenya that comes to mind. I stepped foot in Africa for the first time in 1996, and it was in Kenya that my love of Africa was solidified. With as many wildlife documentaries as I had devoured, books I had read and movies I had seen, I was skeptical that Africa could live up to what I had imagined, but it did, in Kenya. Kenya is as diverse in culture, history and scenery as it is in wildlife, and I was blown away by it all. 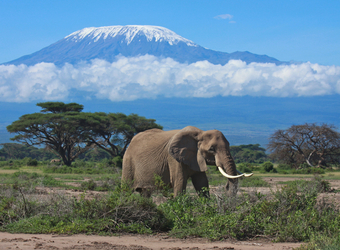 While Kenya is one of Africa’s most popular safari destinations, the camps and lodges we use, and the routes we have designed, take you far from crowds—except crowds of animals. Explore the remote reaches of Kenya’s parks and enjoy day and night drives and bush walks in exclusive private reserves. The fabled Maasai Mara is the Kenyan side of Tanzania’s Serengeti. Wildlife is prolific here any time, but nothing tops the Great Migration, when nearly two million wildebeest and zebra follow the rains to new grass. The region is also the traditional home of the Maasai, nomadic pastoral herders. Amboseli, watered by melting snows off imposing Mt. Kilimanjaro, supports abundant wildlife, including great numbers of elephant. In the north lies arid Samburu, with unique species such as reticulated giraffe and Somali ostrich. To see endangered rhinoceros, don’t miss Lewa Conservancy, Africa’s most successful rhino sanctuary. 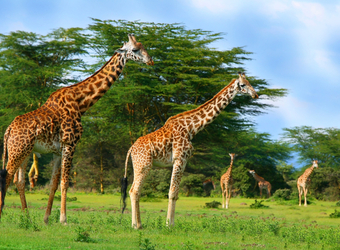 Kenya’s tremendous biodiversity includes 25,000 different animal species. In the Maasai Mara, the plains darken during the annual wildebeest migration, with predators in stealthy pursuit. The reserve has plenty of cheetah but is above all the Lion Kingdom, with large prides holding court. Other carnivores include spotted hyena, jackal and bat-eared fox. The Mara is home to large grazing herds of zebra, giraffe, buffalo, gazelle and topi. Hartebeest, waterbuck, dik-dik, duiker, klipspringer, oribi and the rare roan round out the antelope varieties. Crocodile and hippo are thick in the Mara and Talek rivers, while the acacia woodlands shelter 470 of Kenya’s 1100 bird species. Amboseli National Park, famed for elephants, also has some endangered rhinos, which are seen more often at Lewa Conservancy, a project devoted to their recovery. Visitors to Samburu may see leopard and two endemic species found only in northern Kenya: Grevy's zebra and the reticulated giraffe. 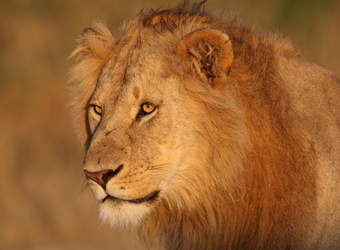 No other African country boasts the diversity of Kenya. From its palm-fringed coast to the 17,057’ summit of Mt. Kenya, from lush tea plantations to desert scrub, Kenya’s varied landscapes are matched only by its variegated cultures. About twice the size of Nevada, Kenya is bordered by the Indian Ocean, Somalia, Ethiopia, South Sudan, Uganda and Tanzania. The Great Rift Valley bisects the central highlands, one of the richest agricultural regions in Africa. Kenya gained independence from Britain in 1963 but has struggled with political tumult since. Kenya’s population is 41 million, with 42% under 15. Nairobi, the capital, is home to 3.4 million people. English and Swahili are the official languages. Kenya is the regional hub for trade and finance in East Africa, and its economy is dominated by tourism, transportation, communications and agriculture. Principal cash crops are tea, horticultural produce and coffee. 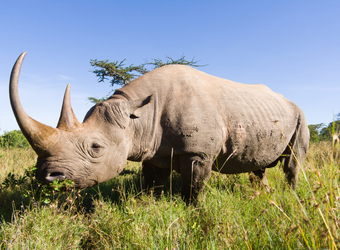 Kenya’s diverse ecosystems are in danger. Drought, climate change, deforestation, population pressures and inadequate government oversight all challenge sustainability. Key flagship species such as the African elephant, rhinoceros and lion are at critical crossroads for survival. Other endangered mammals include roan, sable, sitatunga, Grevy’s zebra and wild dog. Yet significant strides in conservation continue, particularly through public-private partnerships. The Kenya Wildlife Service formulates strategic plans for sustainable management of wildlife and their habitats, partnering with a host of international governmental and non-profit organizations in scientific research, community outreach and educational campaigns. Widespread recognition exists that the future of wildlife and wild lands depends on demonstrating direct benefits from conservation to communities. Economic incentives and conservation-friendly use of private lands, especially in buffer zones around reserves, are integral to the protection of Kenya’s wildlife.

(5.00)
Review Kenya
Month of travel: August
"Kenya is one of favorite safaris! It's pretty remarkable, going from the marshes and dry lakebeds of Amboseli to the rolling hills and rhinos of Lewa, to the broad savanna in the Masai Mara with a million or so wildebeests migrating and trying to the cross the rivers, being stalked by lion and cheetah. The safari here is dramatic, grand views and huge herds of animals, then the safari camps have an old world, Hemingway feel to them. Just superb. Can't wait to sip on a gin&tonic while overlooking the plains on my next trip!!"
- J. Kertzmann

Safari Itineraries that include Kenya