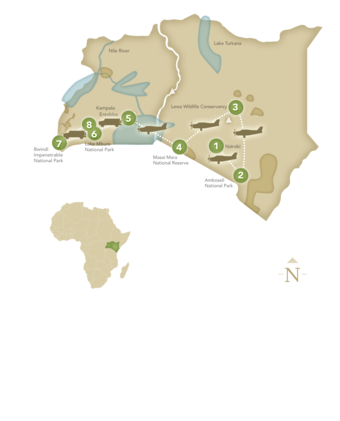 Kenya and Uganda together offer an optimal combination of Africa’s most captivating wildlife wonders. Explore safari icons like the Maasai Mara—Kenya’s side of the famed Serengeti Plains—and Amboseli National Park, in the shadow of Mount Kilimanjaro, then traverse the savanna into Uganda’s mountain rainforests for a face-to-face meeting with the rare mountain gorilla. Along the way, witness Lewa’s rhino conservation success story and safari by boat into the wildlife-laden wetlands of Lake Mburo National Park

This is a fantastic combination itinerary. For first-timers or repeat safari-goers, this itinerary has it all, from the Big Five to wonderment of the mountain gorillas. A special addition -- what sets this itinerary apart from our Classic Kenya & Uganda route -- are two days in beautiful Lake Mburo National Park, where wildlife and exciting nature activities abound. 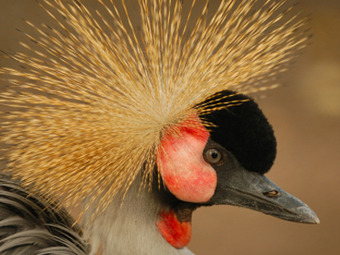