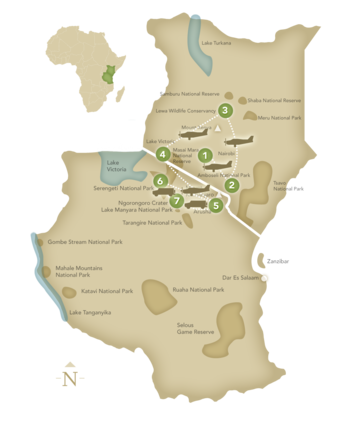 Can’t decide between the safari highlights of Kenya versus Tanzania? Experience the best of both on this classic route that takes in five famous wildlife reserves in these legendary safari countries. From Nairobi, visit Amboseli, the Lewa Conservancy or Laikipia Plateau and Maasai Mara, then cross into Tanzania to follow the migrating herds across the Serengeti. Finish with the Ngorongoro Crater, home to the densest concentration of animals in all Africa.