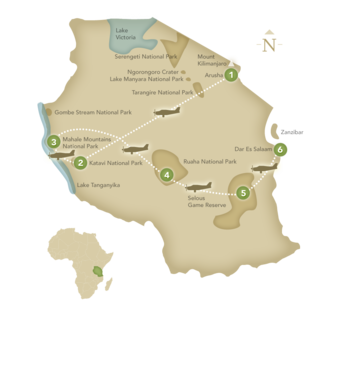 Perhaps you’ve been on a classic African safari before and are yearning to explore more. Or you’re the seasoned adventurer who gravitates to the planet’s undiscovered treasures. Look no further for your epic safari! Many of Tanzania’s most amazing wildlife sanctuaries are names you’ve never heard of: Selous, four times larger than the Serengeti, with one third of Tanzania's elephant population. Ruaha and Katavi—remote, wild and home to a stunning diversity of animals. The Mahale Mountains, where chimpanzees will enchant you. Visitors here are rare—you should be among them.

This safari is the ultimate way to discover the best of the Tanzania that few travelers ever get to see. With most of the attention on the Serengeti, these jewels are still quite undiscovered. The wildlife is fantastic and the landscapes expansive -- from the famous chimps in the dense rainforest to classic big game on the savanna. 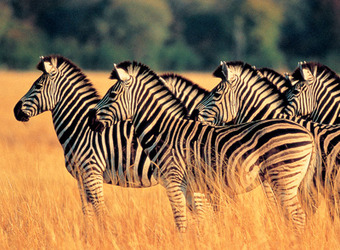 Isolated in Tanzania's far southwest corner, this little-visited park offers a genuine wilderness experience. The main focus for wildlife viewing is the Katuma River and floodplains. Seasonal lakes draw myriad waterbirds and Tanzania’s densest concentrations of hippo and crocodile. During the dry season, staggering numbers of animals converge on the shrunken river, with thousands of elephant, buffalo, giraffe, zebra and impala providing easy pickings for lion and hyena. 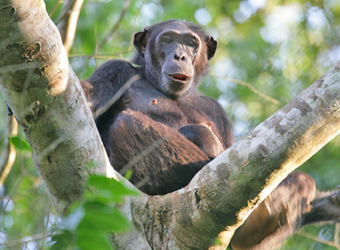 Deep in the African interior, accessible only by boat, lies a range of jungle-cloaked peaks overlooking Lake Tanganyika. These mountains shelter about 800 of Africa’s last remaining wild chimpanzees. Some have been habituated to human contact, providing one of Africa’s most magical wildlife adventures — tracking and watching chimps in their natural habitat. The rainforest is also home to easily observed troops of monkeys and a kaleidoscopic array of birds. 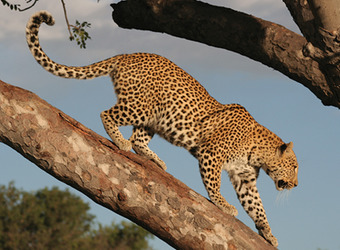 Ruaha may be the most dramatic national park in Tanzania for its combination of spectacular vistas and variety of animals, including 400 bird species. The great Ruaha River is the lifeline supporting vast concentrations of buffalo, gazelle, kudu, roan and sable antelope, and thousands of elephant. The river harbors plentiful hippo and crocodile. Predators include lion, leopard, cheetah and African wild dog. Rarely, however, does one meet other vehicles on game drives in this little-explored landscape. 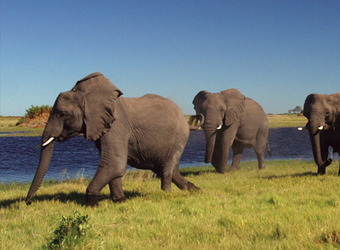 Four times the size of the Serengeti, little-known Selous is Africa’s largest expanse of uninhabited land. In the languid habitat of this immense coastal plateau, Masaai lions and massive herds of buffalo reside alongside some of the last black rhino in the region and a third of Tanzania's elephants. A raucous array of birdlife animates the hippo and croc-filled marshes of the Rufiji Delta. 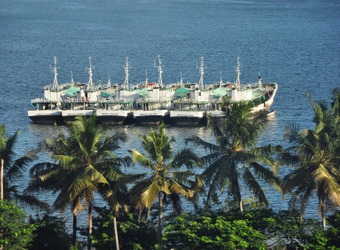 Dar es Salaam—"haven of peace" in Arabic—is Tanzania’s largest city, commercial capital and East Africa’s most important port. Founded as a fishing village in 1862 by a sultan from Zanzibar, Dar today reflects a succession of Arab, German, British and Indian influences coloring its native African heritage. Travelers will enjoy its scenic harbor, sandy beaches, historic buildings and, for the adventurous, a visit to frenzied Kariakoo Market. 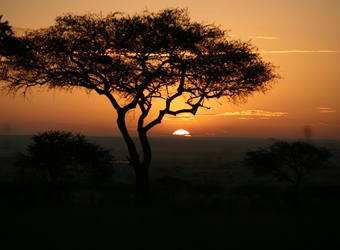