Click here to be the first to review Laragai House

Laragai House is the ultimate private bush home. This eight-bedroom estate sleeps up to 12 adults and four children in complete exclusivity. Laragai is set at the edge of a plateau on the Borana Ranch Conservancy, which just reintroduced black and white rhino from other Kenya wildlife reserves and features Grevy's zebra, reticulated giraffe, lion, cheetah and much more. Families and friends can gather each night around the grand fireplace and trade stories of the day's sightings.

This is not a traditional safari camp, but rather a luxurious stone residence. That makes it a good choice for families or travellers wanting a place to relax amongst beautiful scenery on a private ranch. There is access to nearby Lewa for more wildlife and you can join a walking or riding safari from here. 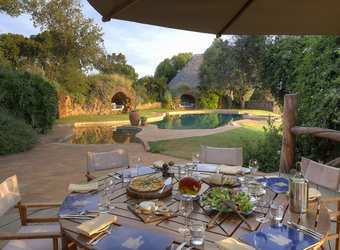 Location: Borana Conservancy, Laikipia, Kenya
Number of Rooms: 8 (this is a private camp for 6-16 guests)

Laragai is a unique accommodation, featuring only eight individually decorated bedrooms, it is a private home-turned-guest house. While fully serviced, you enjoy the exclusivity of a private space for family and friends to gather. Twelve adults and four children can be accommodated, and there is a swimming pool, formal and outdoor dining rooms, a grand parlor with massive fireplaces, thatched roof, sofas, chairs and books, and even a private airstrip for charters directly into the lodge. A gym is available for guest use as well. Situated 6,000 feet above sea level, panoramic views stretch across the Northern Frontier District and up to Mount Kenya. Day and night wildlife drives are conducted, and lion, buffalo, elephant and more are spotted along the way. Activities include shared wildlife drives, guided walks, horse riding, mountain biking, and other activities available at additional cost include visits to Lewa Wildlife Conservancy, cultural activities, fly camping and fishing excursions. 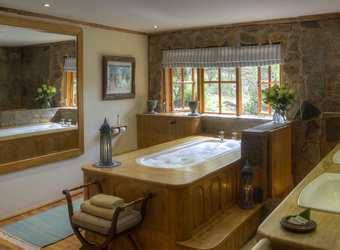 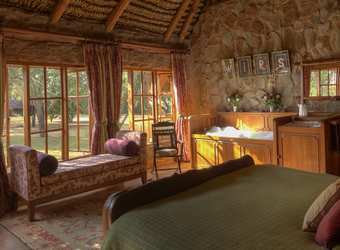 Laragai House is sold exclusively to one private group or family of 6-12 adults plus 4 additional children at one time. The adjacent 8-cottage Borana Lodge can be booked for individuals seeking accommodation for fewer than 6 guests.

Pricing is based on a minimum of 6 adults sharing and a maximum of 12 adults and 4 children sharing. 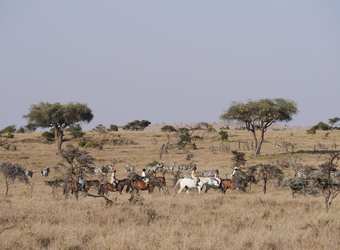 Borana protects 250,000 acres of African wilderness in the Laikipia area of Kenya, sharing a joint conservation management policy with its neighbors. Travelers can see upwards of 20-25 animal species on a safari within Borana. Some 300 elephants traipse around the private reserve, along with 21 different ungulate species. These abundant hoofed mammals attract predators ranging from lion, leopard and cheetah to smaller carnivores such as serval and caracal, spotted and striped hyena, and elusive wild dog and aardwolf. Primates seen might include olive baboon, bushbaby and vervet monkey. White and black rhino and rare sitatunga antelope can be found on Borana’s eastern boundary with the Lewa Wildlife Conservancy. Activities include wildlife drives in open 4x4s, night drives, guided bush walks, mountain bike and horseback safaris. Cultural tours, visits to Lewa Downs, fly camping and fishing can be arranged at an additional cost. Ranch tours highlight the challenges of ranching in an often hostile environment.

The conservancies of the Laikipia District have varying concentrations and species of wildlife, and the below chart helps to illustrate major wildlife sightings often experienced in the area. Lewa Wildlife Conservancy is a rhino sanctuary, and this and other reserves in Laikipia feature unique subspecies, such as reticulated giraffe, Grevy’s zebra, Somali ostrich, gerenuk, and Jackson’s hartebeest and a number of other mammals, birds and reptiles. Exact sightings will depend on seasonality and wildlife movements.

Safari Itineraries that include Laragai House 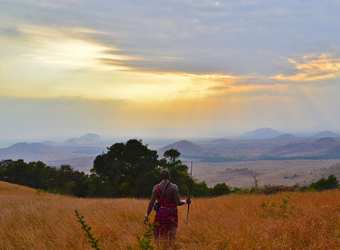 In 2013, Borana Ranch Conservancy relocated 21 black rhino from Lewa Wildlife Conservancy and Lake Nakuru National Park to graze and browse on her quarter of a million acres in northern Kenya. The project, three years in the making, also serves to relieve Lewa's rhino population, as the reserve had reached the capacity of rhino that it could properly support. The rhino on Borana will be a founder population that will ideally grow in time. 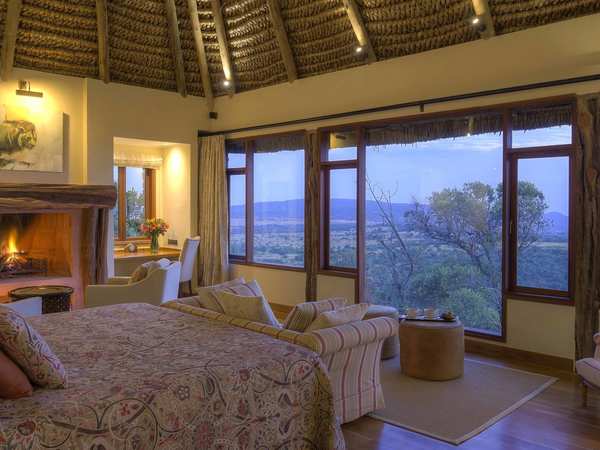 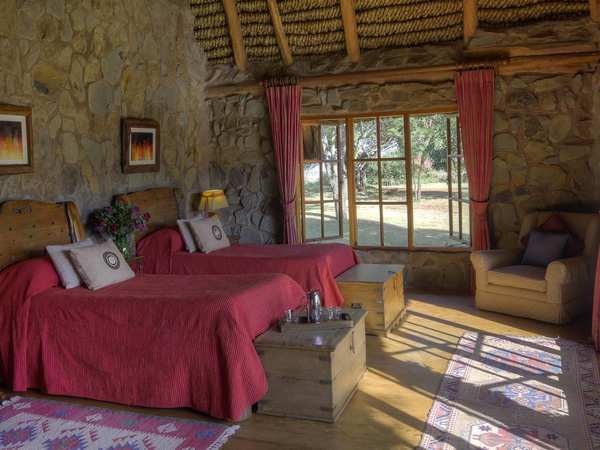 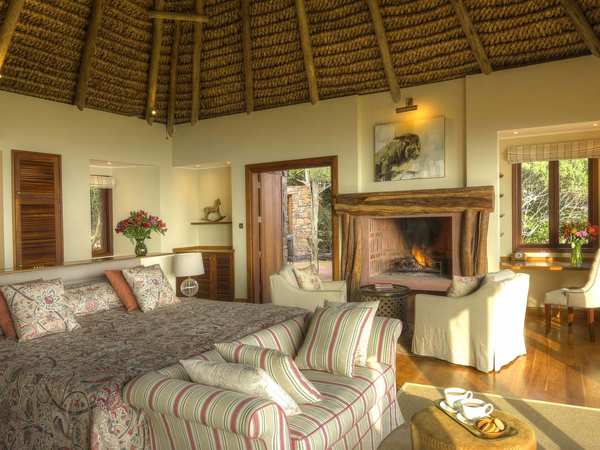 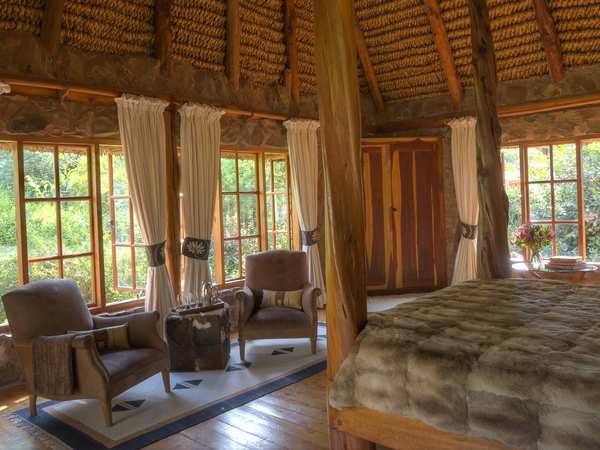 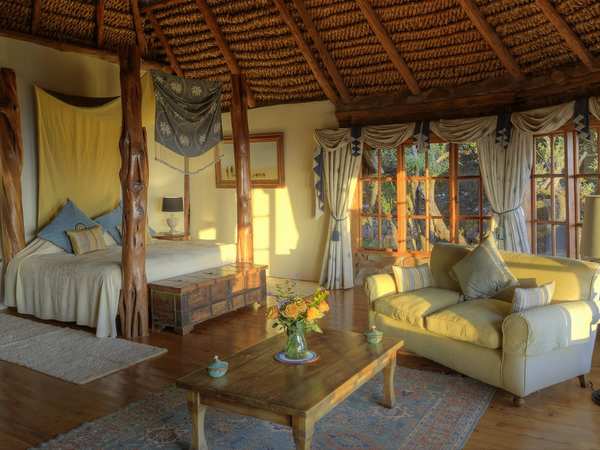 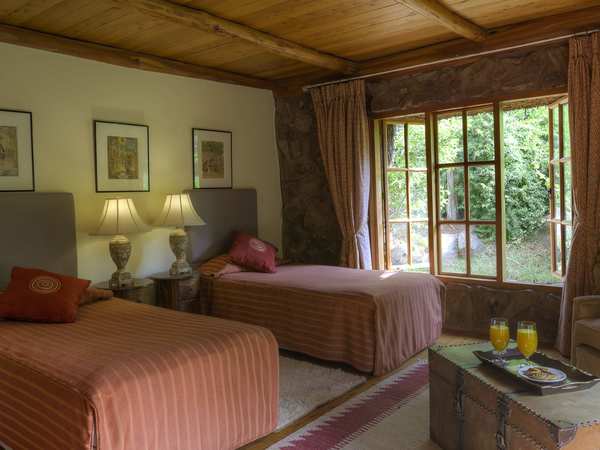 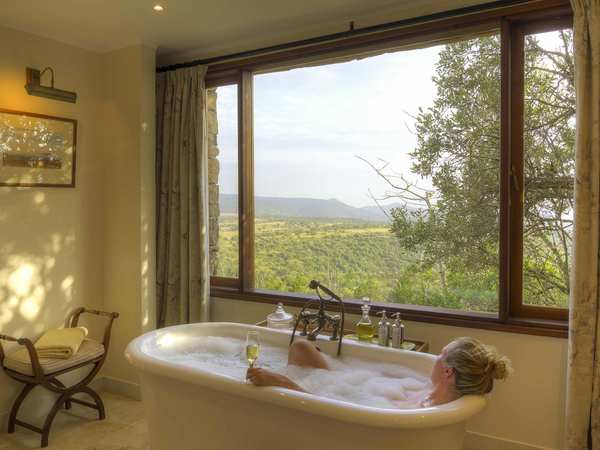 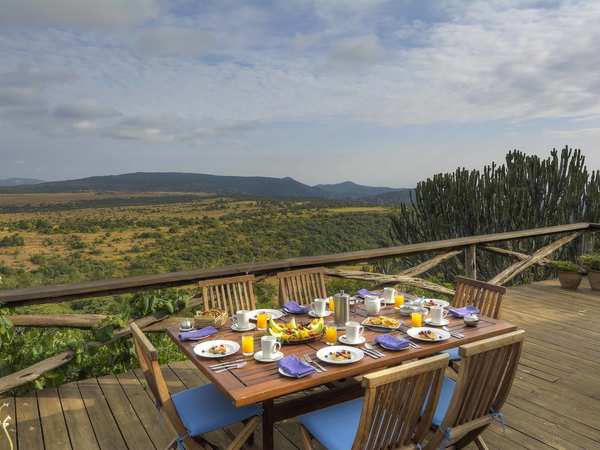 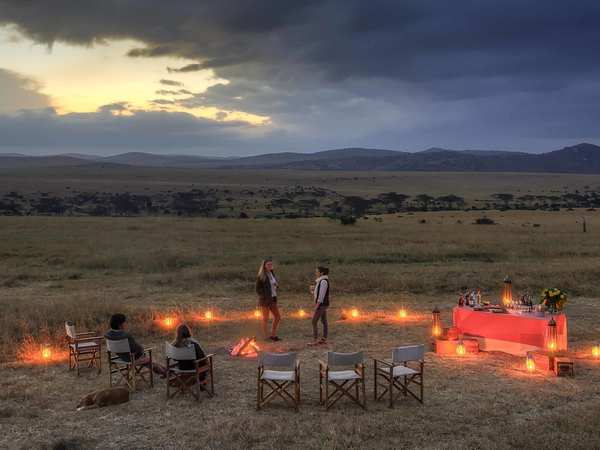 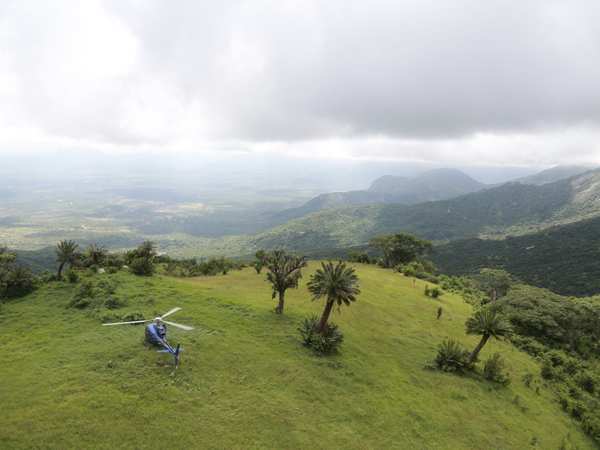 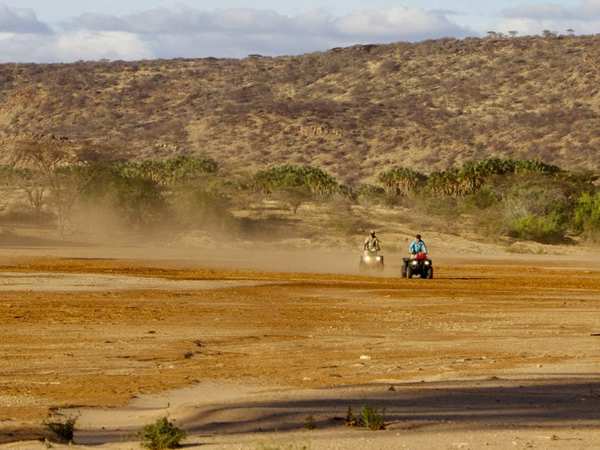 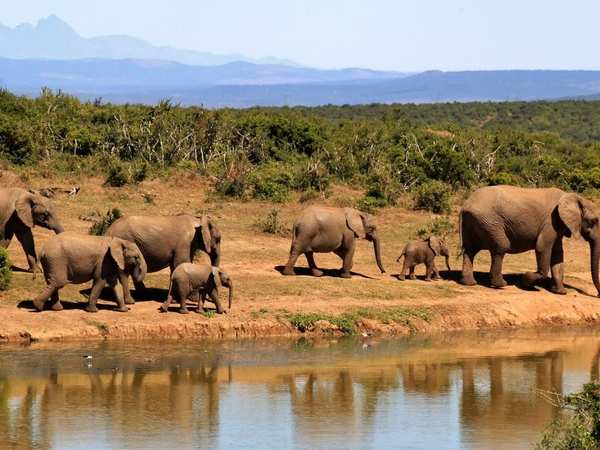 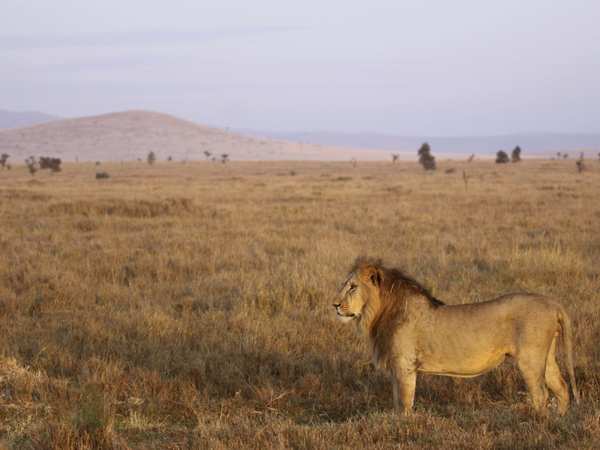