Click here to be the first to review Hwange Nat'l Park 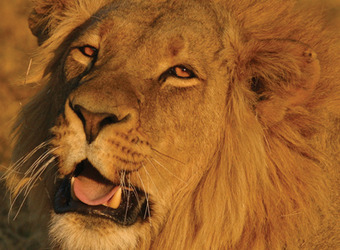 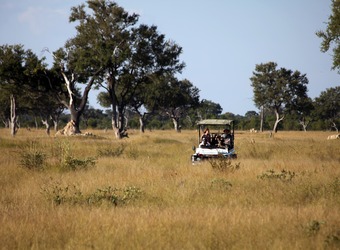 Early morning and late afternoon wildlife drives are a key focus in Hwange. Within the private 76,000-acre Makalolo Concession, night time drives are done with spotlights to identify nocturnal wildlife as well, and daytime walking safaris allow you to get closer to the details of nature, such as animal tracks, spoor and smaller creatures. There is a log pile hide where you can watch elephant and other wildlife drinking at the water hole from a very close range and a low angle. Sundown cocktails and snacks can be enjoyed on the open plains at sunset, followed by a little stargazing before heading back out to search for nocturnal species. Hwange can get quite hot during the day and drops to drastically cooler temperatures at night, so there is usually a pool in camp to cool off, and a communal fire pit to warm up and share stories after dusk. 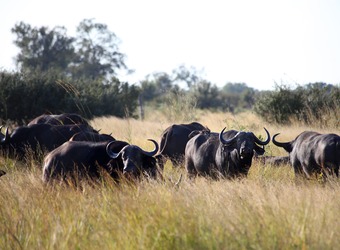 If Hwange were known for something, it would be the enormous herds of Cape buffalo and savanna elephant that roam free here. Some 30,000 elephant are seen in Hwange, peaking in the dry winter months when there are fewer water sources. The park is home to over 100 species of mammal, a huge diversity nearly unrivaled by any other region, and over 400 bird species. The mixed habitat of Kalahari sandveld, mixed woodlands, salt pans and grassy savanna supports a broad range of life, including a variety of mongooses, jackals, hares, primates, raptors, as well as porcupine, aardwolf, caracal, and African wildcat. Large predators run the gamut, from lion, leopard and cheetah to spotted hyena, brown hyena and endangered wild dog. A select few white rhino have been reintroduced to the area with hopes of growing a natural population. Plains game includes eland, sable, roan, blue wildebeest, southern giraffe and Burchell’s zebra, among many others. 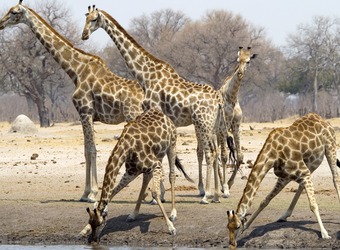 How to Include Hwange in Your Safari Itinerary

Hwange is an essential stop on any Zimbabwe safari. Ideally you would also visit Mana Pools, experiencing the mighty Lower Zambezi River and riverine woodlands by canoe, on foot and by open safari vehicle. Victoria Falls offers the marvel of one of the largest waterfalls in the world and allows an easy link to Botswana as well. Hwange is often combined with Botswana’s Okavango Delta, where waterways carve through the lush green landscape, contrasting Hwange’s arid semi-desert. And Hwange can either be combined with or substituted for the Linyanti region of Botswana, where thousands of elephants move through seasonally. While Hwange has a handful of white rhino, for the best chance of seeing good numbers of both black and white rhino, add a visit to South Africa’s Kruger Park or Sabi Sand Reserve or Namibia’s Etosha or Damaraland areas for a more positive opportunity to see these endangered creatures.