Click here to be the first to review Eastern Cape 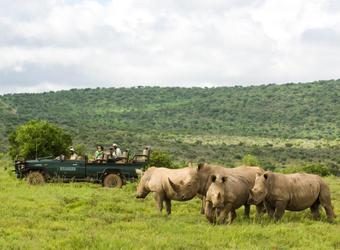 Wrapping around the southeastern coast of South Africa, the Eastern Cape is a wonderland of diversity. From the arid west with its broad vistas, mountains and fantastic cheetah habitat to the lush forests and grasslands of the east, this malaria-free region abounds with 500 miles of coastline, seven different biomes, more than 3,500 endemic plant species, and South Africa’s “Big Seven” (lion, leopard, buffalo, elephant, rhino, whale and great white shark). 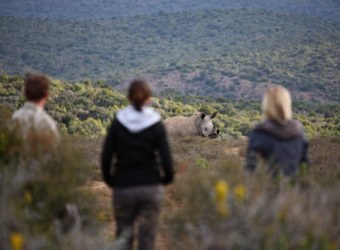 The Eastern Cape features seven of South Africa’s nine varied biomes. The many private game reserves comprise mountain slopes, lush grasslands, savanna and thickets, showcasing euphorbia trees and large mammals and predators including the Big Five. Rise each morning for a wildlife drive in an open 4x4 safari vehicle, taking in the smells and sounds of the savanna and seeing Africa's most sought wildlife. Guided walks are typically available for older kids and adults and are an excellent way to explore thickets for smaller plant and animal life. Afternoons are best enjoyed out in the wilderness once again, viewing predators, plains animals and birds before taking in the remarkable sunset. Because the Eastern Cape boasts malaria-free status, it is a great area for children. Families often benefit from kid-friendly activities and accommodations in many of the private reserves in the area. 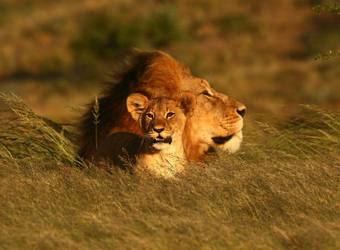 The wildlife of the Eastern Cape is as diverse as its ecosystems, which support a broad range of species. The area's private game reserves feature the Big Five — lion, leopard, buffalo, black and white rhino and elephant — along with a broad range of plains animals, such as eland, kudu, black wildebeest, red hartebeest, giraffe, zebra and the more unusual arid-climate species like gemsbok and springbok. Cheetah are again thriving throughout the Eastern Cape, as they did hundreds of years ago. The fish eagle and blue crane are special bird species often seen in the reserves, and the unique diversity of habitats supports rare aardwolf and aardvark in many areas. Conservation has a strong presence in the Eastern Cape, and hands-on work with some of the most inspiring wildlife of the area is available at select reserves and camps. 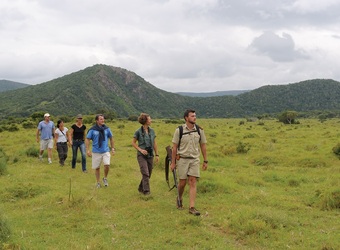 How to Include the Eastern Cape in Your Safari Itinerary

The Eastern Cape is so diverse that it can complement a number of other regions, as well as provide a varied safari in itself, depending on camps chosen. Reserves within the Eastern Cape, such Kwandwe, Shamwari and Kariega, are “Big Five” destinations and can stand alone for a safari with the addition of Cape Town and Victoria Falls. They also complement Kruger National Park, Sabi Sand and Madikwe in their diversity of wildlife and varied habitats. The entire Eastern Cape is malaria-free, so one can combine it with other malaria-free regions such as Madikwe, the Southern Kalahari and Cape Town for a well-rounded family safari.

Safari Itineraries that include Eastern Cape