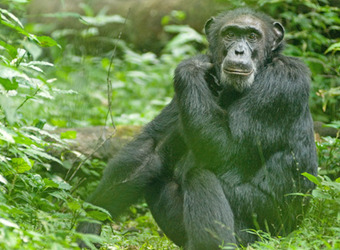 The most accessible of Uganda’s major rainforests, Kibale harbors the greatest variety and concentration of primates in East Africa and is home to 13 species including chimpanzees and red colobus monkeys. The elusive forest elephant moves through the park seasonally. Kibale’s tremendous biodiversity also attracts a long checklist of rainforest birds. Activities include forest walks and wildlife viewing along the string of beautiful crater lakes that lie between Fort Portal and Kibale Forest. 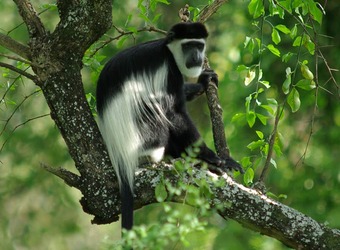 The overland journey to Kibale Forest traverses the green highlands of Uganda, where a tapestry of coffee, tea and banana plantations thrives on the land's fertile volcanic soil. Activities in Kibale revolve around the well-established trekking program for chimpanzees and other primates in the forest, which boasts a consistently high sighting rate, as well as crater walks to waterfalls, and boating or birdwatching (more than 300 species inhabit the forest). 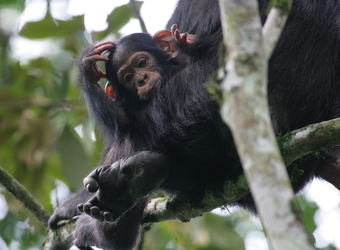 Kibale Forest National Park boasts stunning equatorial evergreen rainforest, which forms a habitat for the largest concentration of primates on earth. There are approximately 500 resident chimpanzees and a total of 13 primate species of in the forest. Among the other primates are the Ugandan red colobus monkey, black-and-white colobus monkey, gray-cheeked mangabey and olive baboon. Although rarer to spot, visitors also may see elephant, red and blue duikers, warthogs, bush pigs and buffalo. The park is a paradise for birders, harboring some 325 recorded bird species including the African grey parrot, olive long-tailed cuckoo and the endemic ground thrush. 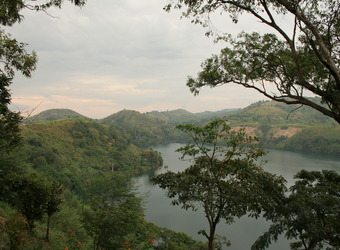 How to Include Kibale in Your Safari Itinerary

Kibale Forest is best experienced as one component in a more all-encompassing Uganda adventure. Starting in the north of the country, Murchison Falls adds the element of the Victoria Nile, with elephant, buffalo, giraffe, hippo and Nile crocodiles visible along the shores. Kibale juxtaposes accessible rainforest and a strong primate focus. Following your chimpanzee trekking in Kibale, Queen Elizabeth National Park is a natural next stop for the quintessential Uganda safari experience—a mix of savanna and forest, tree-climbing lions and plentiful grazing wildlife. Lake Mburo National Park showcases large herds of zebra and the rare sitatunga. Viewing the mountain gorillas of Bwindi Impenetrable Forest is the pinnacle of the Uganda safari experience. There is such a diversity of habitat and wildlife within Uganda, though you can also include easy additions outside the country. Trek for gorillas in Rwanda's Volcanoes National Park, or combine Uganda with a classic Kenya or Tanzania wildlife safari.