Click here to be the first to review Hermanus / Gansbaai 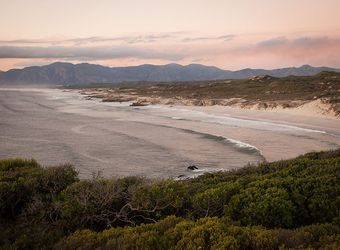 A scenic two-hour drive from Cape Town’s mix of sophistication and assorted cultures, the Cape coastal region comprises two major destinations where the wild expanse of the sea can be admired from land, water or even the air! Hermanus is known for some of the world’s best land-based whale watching as migrating Southern right whales come to calve annually, and Gansbaai is the best location to cage-dive with great white sharks. 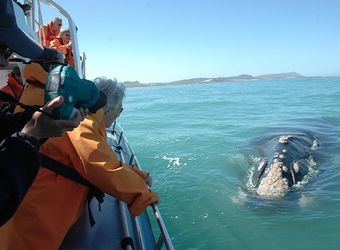 Whale and shark presence in Walker Bay is highly dependent on the seasons. The best time for whale watching is between June and December, and shark cage-diving peaks between May and August. Viewing whales is easily done by land, by boat, and by scenic flight for those who wish to see them against the turquoise ocean from the air. An annual whale festival happens every September. During the off-season, surfing in Hermanus is great fun! Gansbaai’s Grootbos Nature Reserve offers a variety of activities, such as horseback riding on the reserve, flower safaris to see more than 750 rare fynbos species endemic to the Cape Floristic Kingdom, viewing endemic Cape birdlife, and visiting the Klipgat Caves, which were home to Middle Stone Age people 70,000-80,000 years ago. Wine tours on relatively undiscovered wine estates nearby are immensely enjoyable for the wine enthusiast. 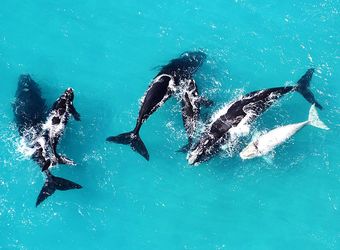 The whales of Walker Bay are generally most active in September and October, and well over 100 have been seen on a single day, although this is not always be the case. Drawn by the bay’s safe, sandy bottom, they migrate here to breed, nurse and rest. On a great white shark boat trip or cage-diving excursion, typically four to five sharks are seen, however up to 18 have been sighted in some cases. Other marine wildlife frequently observed includes dolphins, Cape fur seals and African penguins. Beautiful endemic Cape birdlife abounds, such as sunbirds with colorful plumage and adept beaks, the male Cape sugarbird with a tail that comprises 70% of its length, and, during breeding season from September to April, one may see the Knysna woodpecker, Cape clapper-lark and the southern tchagra flitting about. Raptors and coastal birds are also found in abundance. 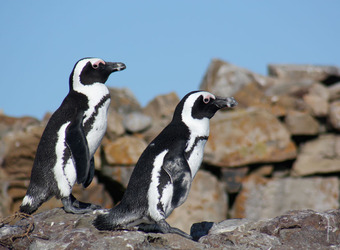 How to Include Hermanus or Gansbaai in Your Safari Itinerary

The Cape coast pairs seamlessly with a stay in Cape Town and a stop in the Cape Winelands for those interested in award-winning wines and gourmet food, or simply the history and architecture of the area and a chance to bicycle through its quaint towns. For families, Gansbaai and the Southern Kalahari team up with a variety of activities for all ages within malaria-free environments, and the Eastern Cape can be added to offer a second safari experience as well.

Safari Itineraries that include Hermanus / Gansbaai