Searching for a truly intimate and authentic safari experience? Look no further than Mashatu Tent Camp, in the pristine 75,000-acre Mashatu Game Reserve, the ‘Land of Giants.’ This is the Africa of your childhood dreams writ large: big skies, wide-open spaces, and really big animals. Accommodating just 16 guests in eight comfortable, classic safari tents, the only thing that isn’t big at Mashatu Tent Camp are the crowds.

Mashatu Tent Camp offers a perfect combination of comfort and authenticity, allowing its guests a rare feeling of "the real Africa."

Mashatu Tent Camp blends in so perfectly with its natural surroundings that you might miss it. It's the perfect choice for those seeking an intimate and authentic safari experience close to wildlife and far from crowds. Eight private, roomy and comfortable tents are tucked under the branches of enormous trees. Each includes an outdoor, yet very private, bathroom with shower. Guests love Mashatu's casual, low-key atmosphere, conducive to camaraderie and relaxation. Meals are served in the open-air thatched gazebo or in the ‘boma’ overlooking a floodlit waterhole, where a variety of species is spotted on a regular basis. A refreshing plunge pool provides welcome relief from the afternoon heat, especially during the summer months. An afternoon spent in the hide near the waterhole, enjoying some truly close encounters with local wildlife, is a highlight. 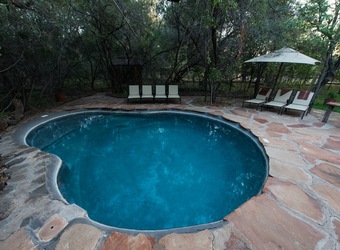 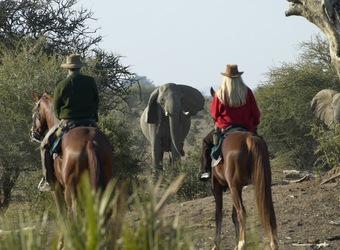 Mashatu takes its name from the Mashatu tree, though it is often referred to as the ‘Land of Giants’ in honor of some of its truly gigantic inhabitants: elephants, giraffes, ostriches, and the mighty baobab trees. Comprising 75,000 acres of pristine wilderness in eastern Botswana, Mashatu is one of the largest private game reserves in Southern Africa. Located at the confluence of the Limpopo and Shashe Rivers, Mashatu encompasses a variety of habitats including savanna, riverine forest and marshland. As such, it possesses an ecological diversity uncommon in other reserves. In addition to three members of the Africa’s famous ‘Big Five’--leopard, lion and elephant-- guests may encounter some true rarities, including aardwolf, bat-eared fox, African wild cat, honey badger and black-backed jackal as well as the recently reintroduced endangered African wild dog. Mashatu is a birding paradise, home to more than 350 species. Activities include twice-daily wildlife drives, cultural tours, horseback safaris, mountain bike excursions and guided nature walks.

Mashatu is known as the "land of giants," as it's home to the world's largest mammal, cat, antelope, bird, tallest mammal, and heaviest bird - the elephant, lion, eland, ostrich, giraffe and kori bustard respectively. The chart below illustrates some of the major wildlife sightings at Mashatu. Other common sightings include impala, waterbuck, bat-eared and cape foxes, black-backed jackal, chacma baboon, caracal, serval, warthog, crocodile and the sporadic aarwolf, honey badger, pangolin and porcupine, among many others. 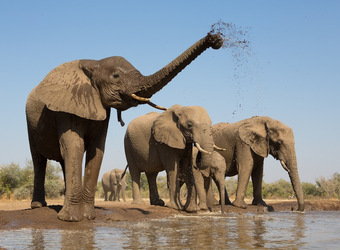 Mashatu Game Reserve’s conservation efforts are based upon the belief that sound scientific research is critical to effectively managing and conserving wildlife, both within the reserve and around the globe. Toward this end, Mashatu Tent Camp supports intensive, long-term wildlife research initiatives within the reserve by providing research scientists with lodging, food, logistical support and access to funding. One such initiative is the Tuli Elephant Research Project, studying elephants and their movements within the reserve, which falls within the proposed Shashe-Limpopo Trans-Frontier Conservation Area, a massive conservation initiative involving partnerships between governments, private landowners and local communities in Botswana, Zimbabwe and South Africa. By studying these elephants, including their herd structures, population demographics and movements, researchers here will be one step closer to solving the complicated problem of elephant conservation and management. Another example of an important research project Mashatu Tent Camp supports is the Northern Tuli Predator Project, which studies lions, leopards and hyenas.

(4.50)
Review Mashatu Tent Camp
Month of travel: September
"Mashatu Tented Camp is a true classic safari camp. The camp is very clean and comfortable, nothing fancy, but the location is great, there are not a lot of safari trucks here. We saw lion, leopard and cheetah all in one game drive. I felt this was a great value."
- T. Volkman
Month of travel: November
"Mashatu holds a special place in my heart. The varied terrain in this area of Botswana is unlike anything I have experienced in Africa. We had a fantastic wildlife experience here, led by our superior guide, Fish. I have stayed at both Mashatu Main Camp and tented camp and both are top notch given the level of luxury you desire. I personally like tents, and the box design here with the fenced; courtyard-like area and private bathroom set outside one end - are my favorite - spacious, clean, comfortable. Our tent included a power strip for charging cameras batteries and computers. Food was good, nothing too crazy. Liked the wildlife hide. Saw a kori bustard. I would stay here again."
- R. Stamm 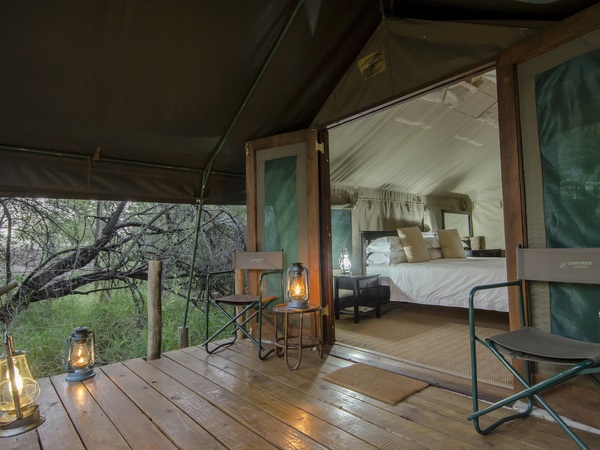 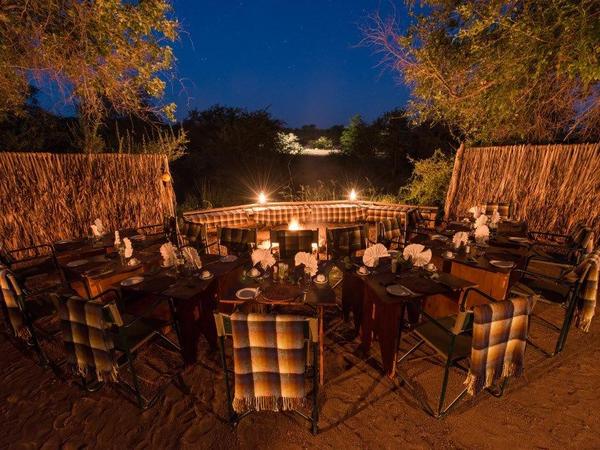 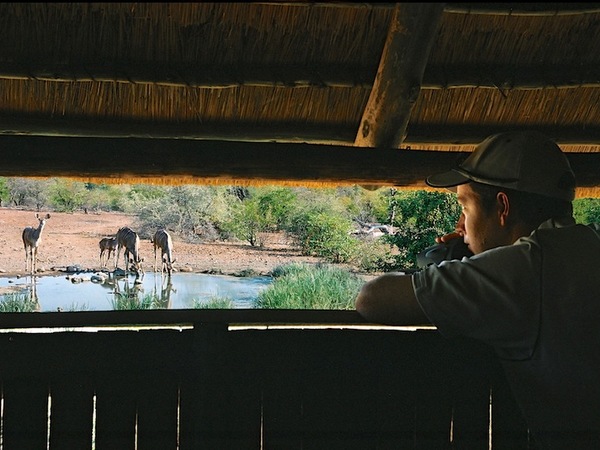 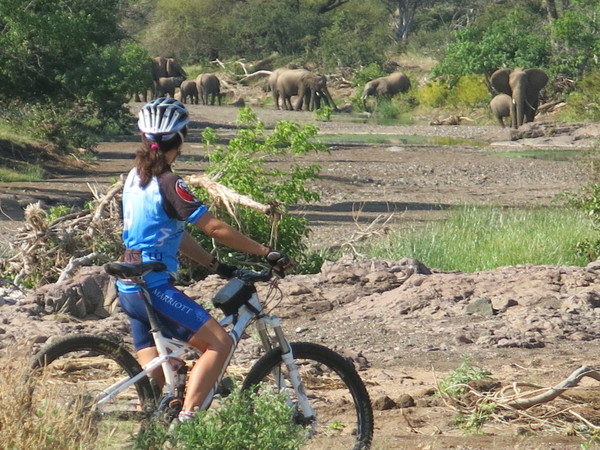 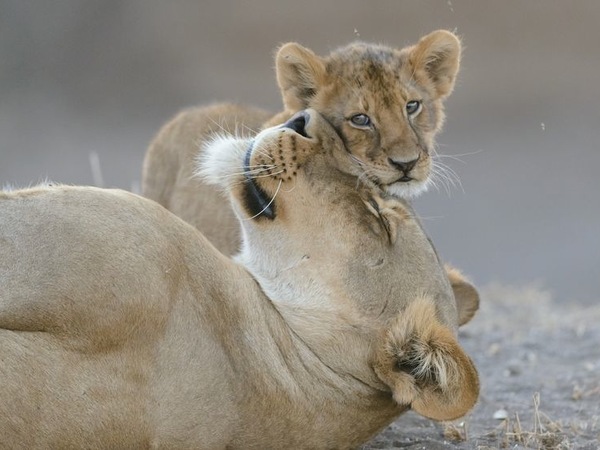