Mashatu Lodge is a luxuriously comfortable, family-friendly oasis in the heart of one of southern Africa’s great wilderness areas, the vast Mashatu Game Reserve. These endless plains encompass a stunning private wildlife sanctuary in a remote corner of southeast Botswana. Abundant wildlife, thrilling scenery and first-rate hospitality have made Mashatu a perennial favorite for those seeking a truly authentic, off-the-beaten-path safari experience.

Mashatu is one of my favorite spots in Africa. This less-visited camp offers everything you could ask for to create an authentic safari. The fantastic accommodations, great food, warm service and amazing guides were more than I expected. What really makes this place unique is the variety of activities. Night wildlife drives, walking safaris, horseback safaris and guided archaeological walks are all available. But it was trekking along a path made by elephants and encountering wildlife while doing what I love most – mountain biking – that won me totally over. I can’t wait to return with my biking buddies! 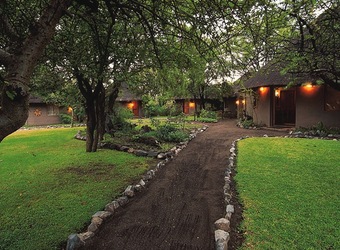 Mashatu Lodge’s 14 spacious, air-conditioned suites are tucked discreetly along the camp’s perimeter, providing guests with ample opportunity to commune with nature in absolute privacy. Each suite is tastefully decorated with beautiful black-and-white prints of Africa’s most impressive animals. Large and family-friendly, each suite includes a double and a single bed, and full seating area with a day bed. The ample en suite bathrooms include both bathtubs and showers. Between wildlife drives, the expansive swimming pool tends to be the most popular spot in camp, beckoning guests of all ages to take a refreshing dip, while the camp’s waterhole tends to be equally popular with elephant families. The Discovery Room, with its collection of animal specimens and other exhibits, provides a fascinating glimpse into what this world was like long before the arrival of humans. Home-cooked meals here are sumptuous celebrations of traditional African cuisine. 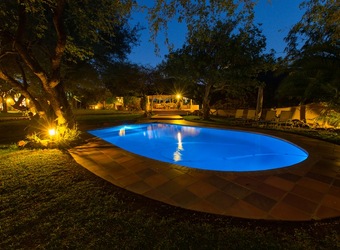 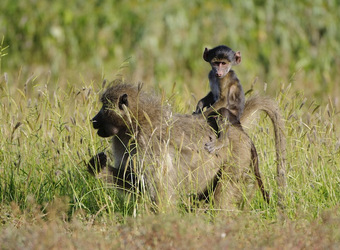 Mashatu takes its name from the Mashatu tree, though it is often referred to as the ‘Land of Giants’ in honor of some of its truly gigantic inhabitants; elephants, giraffes, ostriches, and the mighty baobab trees. Comprising 75,000 acres of pristine wilderness in eastern Botswana, Mashatu Game Reserve is one of the largest private wildlife reserves in Southern Africa. Located at the confluence of the Limpopo and Shashe Rivers, Mashatu encompasses a variety of habitats including savanna, riverine forest and marshland. As such, it possesses an ecological diversity uncommon in other reserves. In addition to three members of Africa’s famous ‘Big Five’—leopard, lion and elephant—guests may encounter some true rarities, including aardwolf, bat-eared fox, African wild cat, honey badger and black-backed jackal as well as the recently reintroduced endangered African wild dog. Mashatu is a birding paradise, home to more than 350 species. Activities include wildlife drives, cultural tours, horseback safaris, mountain bike excursions and guided nature walks.

Mashatu is known as the "land of giants," as it's home to the world's largest mammal, cat, antelope, bird, tallest mammal, and heaviest bird - the elephant, lion, eland, ostrich, giraffe and kori bustard respectively. The chart below illustrates some of the major wildlife sightings at Mashatu. Other common sightings include impala, waterbuck, bat-eared and cape foxes, black-backed jackal, chacma baboon, caracal, serval, warthog, crocodile and the sporadic aarwolf, honey badger, pangolin and porcupine, among many others.

Safari Itineraries that include Mashatu Lodge 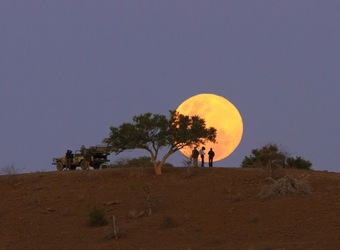 Mashatu Game Reserve’s conservation efforts are based upon the belief that sound scientific research is critical to effectively managing and conserving wildlife, both within the reserve and around the globe. Toward this end, Mashatu supports intensive, long-term wildlife research initiatives within the reserve by providing research scientists with lodging, food, logistical support and access to funding. One such initiative is the Tuli Elephant Research Project, studying elephants and their movements within the reserve, which falls within the proposed Shashe-Limpopo Trans-Frontier Conservation Area, a massive conservation initiative involving partnerships between governments, private landowners and local communities in Botswana, Zimbabwe and South Africa. By studying these elephants, including their herd structures, population demographics and movements, researchers here will be one step closer to solving the complicated problem of elephant conservation and management. Another example of an important research project Mashatu supports is the Northern Tuli Predator Project, which studies lions, leopards and hyenas.

(4.75)
Review Mashatu Lodge
Month of travel: April
"Definitely one of the highlights of a three week safari!! The facilities are incredibly comfortable and the staff were the most welcoming of all the camps we visited. We were truly pampered. As an educator, I was very impressed with the Discovery Room - an interpretation center located right on property and open to visit at your leisure. The wildlife viewing was truly spectacular with some of the most incredible leopard encounters I've ever experienced. I would easily return to this magical place again."
- J. Buckridge
Month of travel: April
"Well organized, comfortable lodge with many wildlife sightings. The guides are excellent and great at helping the traveler explore the area."
- T. Johnston
Month of travel: May
"Mashatu is all by itself in an area where there are a lot of animals, but not a lot of people. I wanted to add a second area besides the Sabi Sands area and chose this camp to do something different. They do have specialized activities such as horseback riding, time with the researchers and mountain biking. We didn't do these because we only stayed for two nights due to time contraints, but they sounded great. Elvis (I kid you not) was our guide and he had eagle eyes, he spotted a cheetah far in the distance. We followed her for some time and watched her search for prey, unfortunately some zebra spotted her and exposed her."
- K. Parker
Month of travel: November
"Mashatu is one of my favorite places I have visited in Africa. Our three nights at Mashatu Main Camp were a bit more pampering than we are personally used to, but the air-conditioned room was actually a welcomed luxury item given the heat wave we had experienced that week. Our guide Fish, was one of the best I've ever had, and I looked forward to every single game drive. Driving through the dry river beds is an adventure in itself, and the wildlife was fantastic. There is such a diverse mix of terrain at Mashatu, that it feels like you cover a lot of ground every day. We were a little bummed that we were unable to fit in a bike or horse safari. We did check out the "Discovery Room" which was a nice way to cool down and relax after a fantastic brunch. The food is very good and served family style - the boma overlooks a watering hole. This camp is highly recommended, worth the effort to get there. The Main Camp is definitely a departure from more rustic camps, so if luxury isn't desired - I'd recommend checking out Mashatu Tented Camp."
- N. Ward 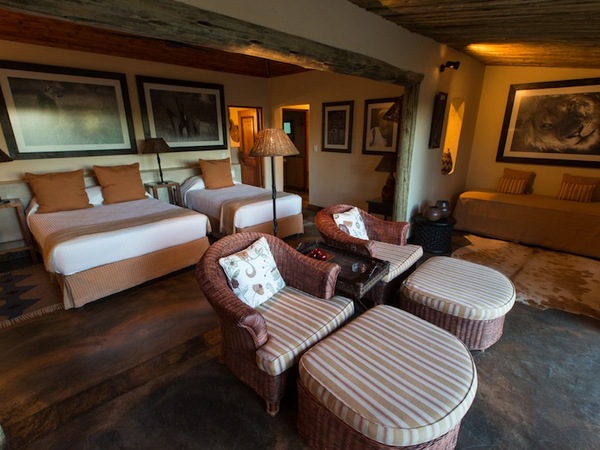 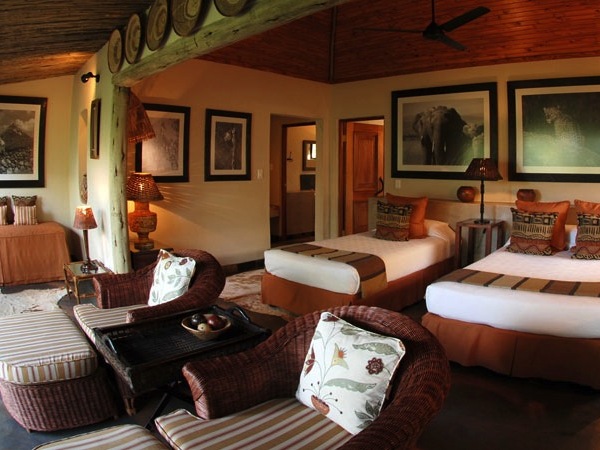 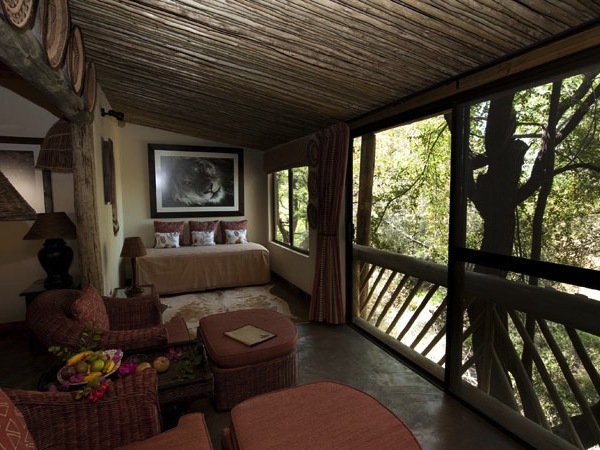 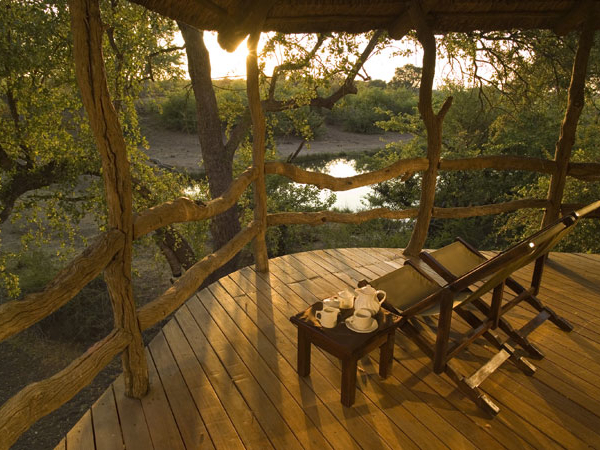 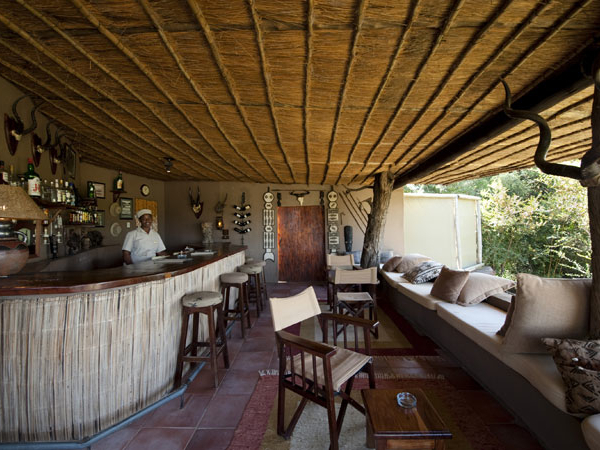 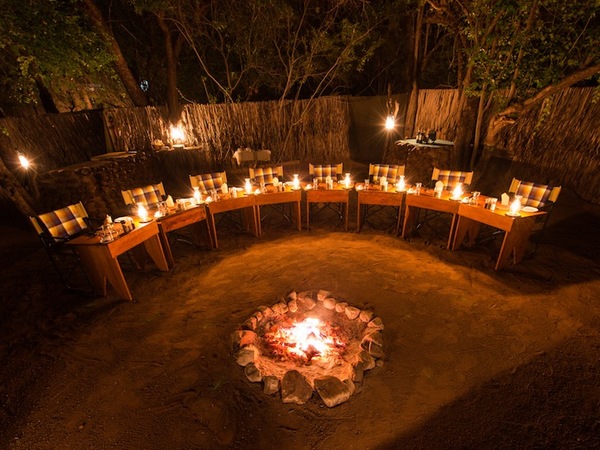 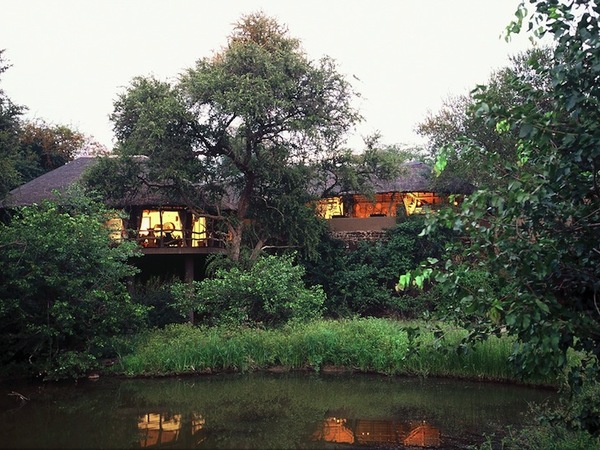 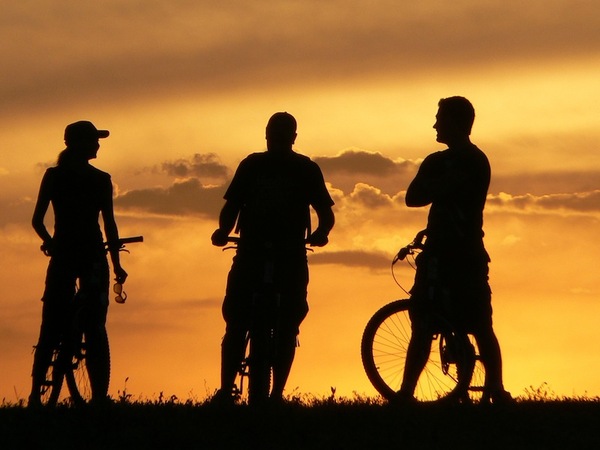 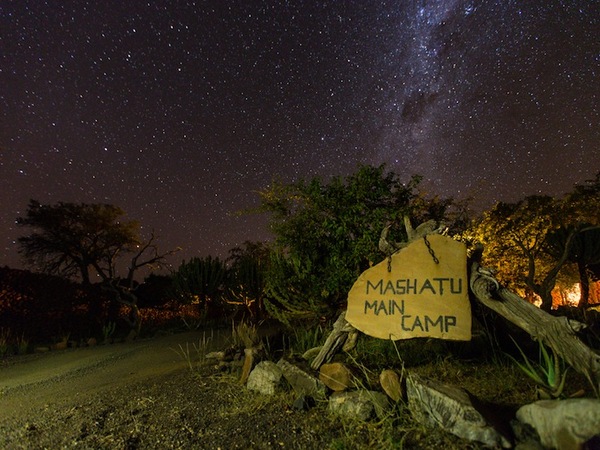 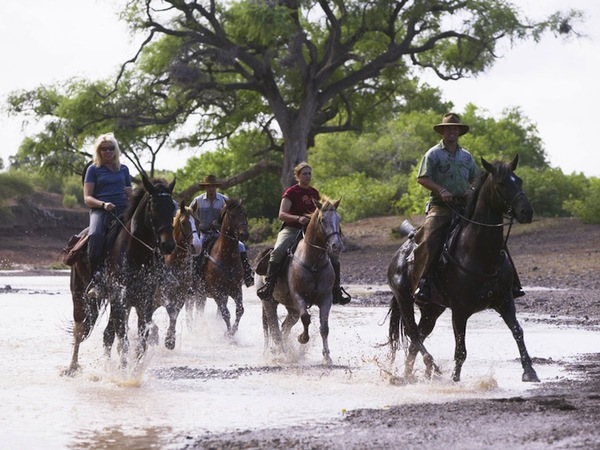