River Lodge is the soul of Lion Sands Private Game Reserve, built on the banks of the Sabie River beneath trees that are more than 800 years old. Facing due east, the lodge catches the sun as it rises over adjacent Kruger National Park. In 2010 the lodge underwent a multi-million-dollar refurbishment, tripling the size of the rooms and updating them with exquisite furnishings and amenities.

River Lodge offers an amazing value in Sabi Sand. My favorite feature is the lounge that overlooks the river. During the afternoon siesta, come down to the comfortable deck and grab a couch or lounge chair to watch the wildlife. The combination of friendly staff and great wildlife viewing make this camp a true favorite. 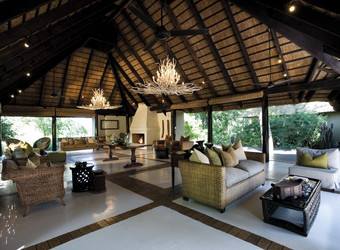 On the banks of the Sabie River, River Lodge offers a sumptuous respite from the Lowveld heat, shaded by ancient trees and protective thatch. Completely remodeled to exceptionally high standards in 2010, the 20 luxurious bedrooms feature contemporary décor in tranquil shades of cream and beige. All are air-conditioned with ceiling fans. En suite bathrooms have sleek white double vanity basins and stand-alone bathtubs with a view. Private viewing decks offer a quick immersion in nature. Three classes of rooms are offered: 12 luxury and 6 superior luxury rooms, as well as 2 river suites. Rooms are linked to the common areas by raised wooden walkways. River Lodge offers guests a magnificent lounge with soaring thatched ceiling, dramatic chandelier, fireplace and bar, an outdoor safari lounge, both indoor and outdoor dining areas, a curio shop, two swimming pools (heated in winter), wooden viewing decks, and a secluded bird hide. The tree house sleep-outs on the reserve offer a magical night under the stars. 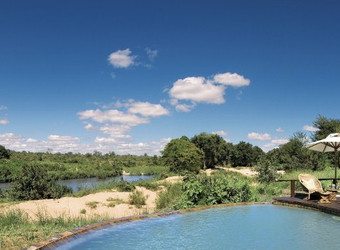 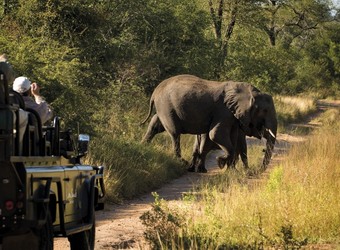 Established in 1933, Lion Sands Private Game Reserve has long protected the amazing wildlife of the Sabi Sand region bordering Kruger National Park. Animals traverse freely between the reserve and the park across a diverse range of habitats. Visitors are likely to see the famous Big Five—lion, leopard, rhino, buffalo and elephant—as well as cheetah, wild dog, plenty of hoofed animals, and many of the 500+ bird species that reside here. In addition to traditional wildlife drives in open Land Rovers, bush walks led by expert guides also offer a chance to learn about tracking animals and the medicinal uses of plants. Waterhole hides get you close to wildlife without being seen. Special hippo tours observe these animals in their natural environs in the Sabie River, where crocodile are also frequently spotted. Astronomy talks beneath the stars bring the African night sky alive. Bush breakfasts and dinners cooled over an open fire can also be arranged.

The Sabi Sand is known for great leopard viewing, healthy rhino populations and the rest of the Big Five, making it a great wildlife destination for all levels of safari experience. The below chart helps to illustrate major wildlife sightings often experienced here. Other typical sightings may include warthogs, baboons and a number of other mammals, birds and reptiles. Exact sightings will depend on weather and wildlife movements. 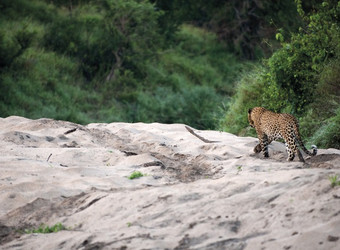 The passion to deliver a world-class luxury safari experience is equaled by the lodge owner’s complete commitment to preserving this pristine bushveld and ensuring that the benefits of safari tourism are shared with local communities. Lion Sands is the only private reserve in South Africa to have its own on-site ecologist. Lion Sands’ involvement with the local Henna Preschool has provided the school with new facilities, books, learning materials and healthy meals for the children. Lion Sands invites the children on an annual day excursion to the lodge where they participate in a morning wildlife drive and enjoy lunch prepared by the lodge. This opportunity exposes local children to the world beyond the boundaries of their village, providing wildlife encounters many have never experienced. Lion Sands also supports the local Huntington HIV clinic that is managed by a former employee of Lion Sands. Guests may visit the school and HIV program during their visit.

(5.00)
Review Lion Sands River Lodge
Month of travel: May
"To us Lion Sands was a great balance of what we expected from safari - great guides, great wildlife and we saw the 'big 5' in the first two drives, delicious food, and the great accommodation was a bonus. The rooms are pretty modern and plush with a/c, tubs and showers, but still set in the bush overlooking the river, very nice. Our guide Kyle was a young guy, early 20s, but so put together and passionate about all animals and birds. A class act. He stopped and explained to us how the elephant was turning a branch in his mouth and moving from end to the other, like a corn cob, eating off the bark. We watched a lionness abandoning her adolescent male cub, and Kyle narrated what may have happened - little food, lots of mouths to feed, and how the male would be less valuable as males do not hunt - still a very poignant moment, hearing the mother lionness saying goodbye. A rather macabre highlight: we watched a very relaxed leopard that was well known in the area as she perforated the belly of a freshly nabbed impala, something no one on the truck had ever seen. "
- S. Harris
Month of travel: September
"The wildlife in this area is amazing. Everything about this camp is great."
- I. Prosacco 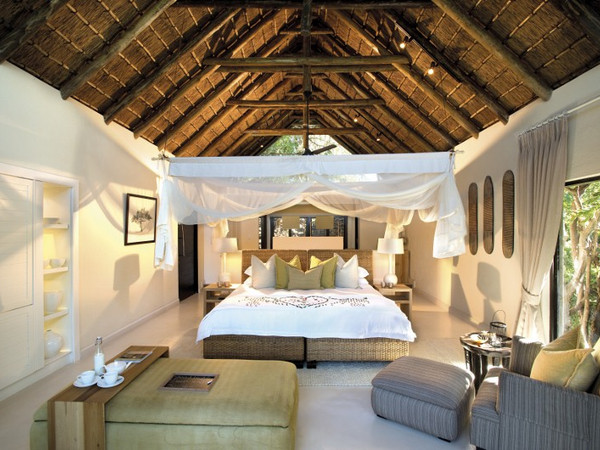 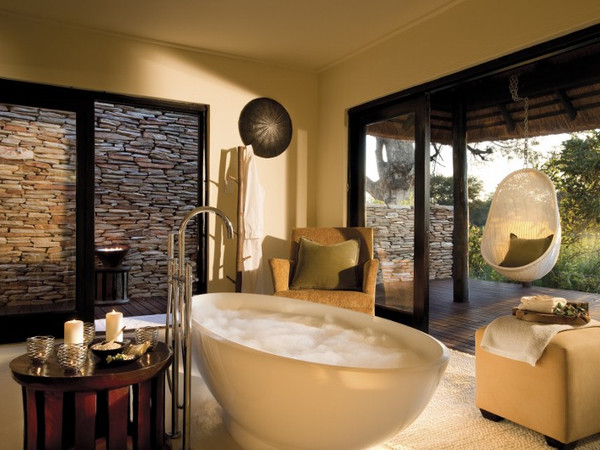 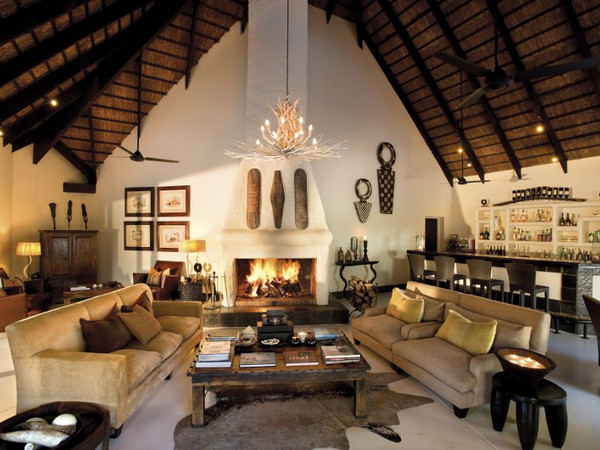 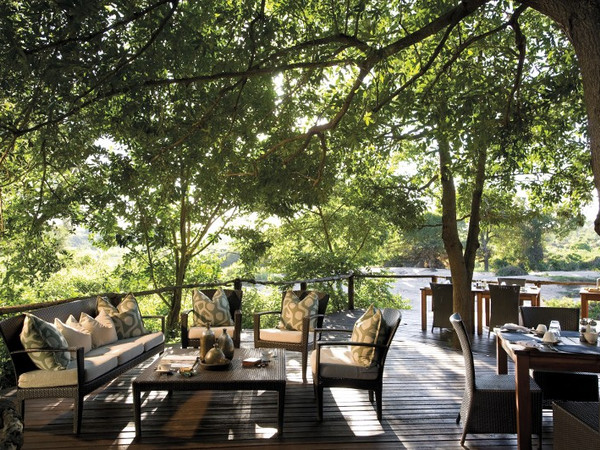 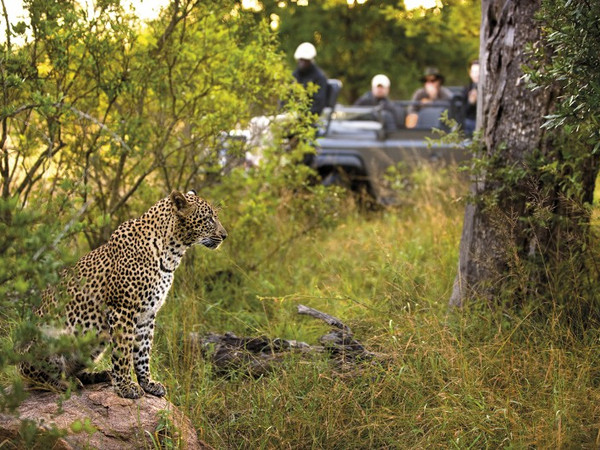 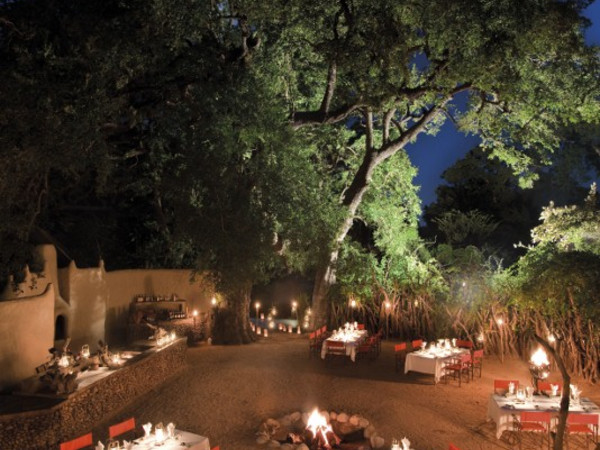 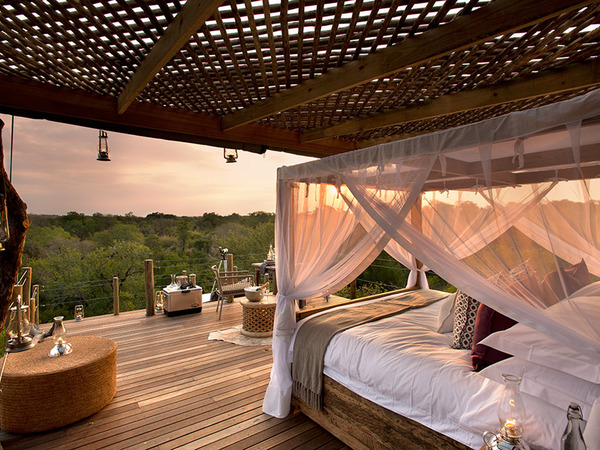