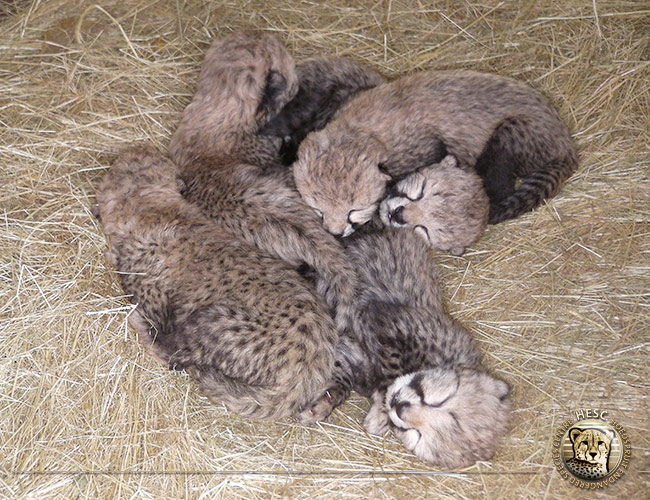 Need a little something to brighten up your Monday? Then check out this live 24-hour webcam trained on these five cheetah cubs at South Africa’s Hoedspruit Endangered Species Centre (HESC). The cubs were born in on April 17th to a cheetah named Salome in the center’s maternity ward. While the cubs seem to spend most of their time sleeping heaped in a pile, you can sometimes catch them stumbling around or playfully harassing each other.

While five sounds like a lot, cheetahs can have up to eight or nine cubs in a litter, though four or five is more common. In the wild, most cubs don’t survive beyond a few weeks due to the predation of lions and other animals.

According to HESC’s blog, so far staff members haven’t been allowed to approach the mother and her new cubs in order to minimize their stress.

Another Cheetah named Tia delivered four cubs on the same day at the center.