Video: The Amazing Story of Solo, the African Wild Dog Who Lost Her Pack 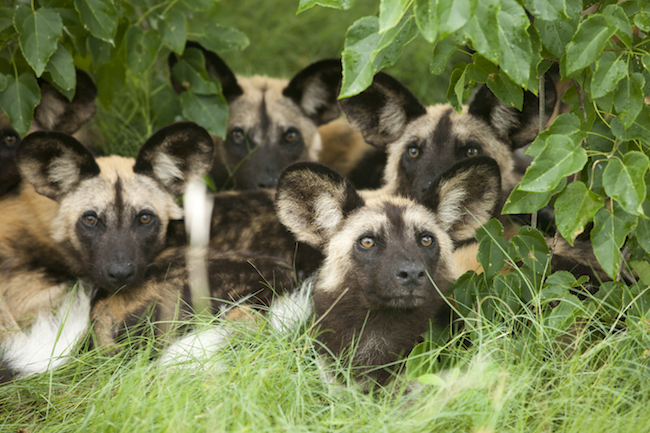 The African wild dog is one seriously social animal. Like its North American cousin, the gray wolf, a wild dog’s life revolves around the complex social hierarchy of the pack. But unlike wolves, African wild dogs exhibit what almost seems like altruistic behavior when it comes to their pack mates. At a kill, the youngest dogs eat first, followed by the subordinate members of the pack. Everyone takes their turn and if there isn’t enough to go around, the hunt begins again. When the hunters return to the den they regurgitate meat for those that stayed behind, including pups and members of the pack that are too sick, injured, or old to hunt. The instinct to be a part of, and support, a pack obviously runs incredibly deep.

So what happens when a wild dog loses its pack? Thanks to a female wild dog named Solo, who lives on Mombo Island, in the heart of Botswana’s Okavango Delta, we know the surprising answer to this question.

Up until recently the island was a wild dog stronghold. But competition from lions and other predators decimated the dogs’ numbers until all that remained was a pack of three – two males and Solo. Eventually, the two males also disappeared and Solo was alone. She spent six months hunting on her own, evading predators, and calling out occasionally for her missing mates.

Everyone thought that if Solo survived long enough, she would eventually wander off and try to join a new pack. But something truly unexpected happened instead; Solo stayed on the island and formed a new pack of sorts – with some young spotted hyenas. Normally wild dogs and hyenas are fierce competitors, so local observers were surprised, to say the least, by this new alliance. It got even more interesting when Solo started hanging out with several different families of black-backed jackals. Soon, a ragtag assortment of hyenas, jackals and one wild dog could be seen hunting together on the island. The arrangement worked. African wild dogs are notoriously effective hunters, so Solo’s new pals had a more stable supply of food than they had before. And Solo no longer had to evade lions and other predators on her own.

Ultimately, Solo’s instinct to be a part of a pack was stronger than her instinct to only associate with others of her kind. Strange right? Well it gets even stranger. Check out this clip from A Wild Dog’s Tale, from Nat Geo Wild and find out for yourself.