Photo of the Day: Which Way Did He Go? 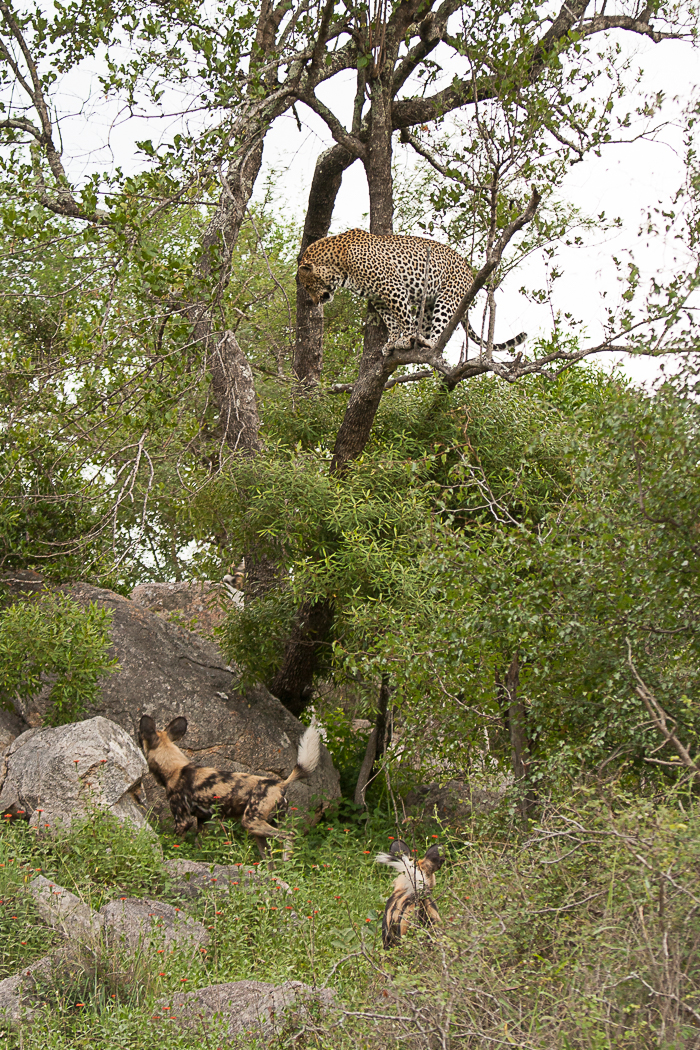 James Tyrell took this photo of a couple of wild dogs in hot pursuit of a large male leopard at Londolozi Private Game Reserve in South Africa. You might you think that a big, strong leopard like this one would have a clear advantage over a couple of much smaller wild dogs, but you’d be wrong, according to Tyrell. Recently he wrote an interesting piece fon Londolozi’s blog about conflict between predator species in Africa in which he outlines the generally accepted pecking order among species. It goes something like this:

Even though a leopard can reach twice the size of a wild dog, the latter’s ability to hunt as a pack and strong bite give them the upper….er….paw when it comes to tangling with leopards.