Photo of the Day: The Kingmaker 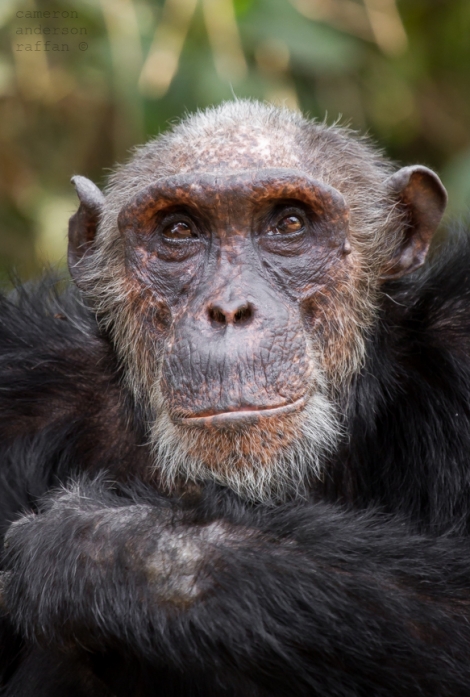 This is Kalunde. He is 54 years old and lives in the forest of Tanzania’s Mahale Mountains. The camp staff at nearby Greystoke Mahale have dubbed him “the Kingmaker” because of his political guile.  Over the years he’s played a major role in determining which chimps ascend to the top of the social hierarchy, even though he himself enjoyed only a very brief reign as his group’s alpha male. According to the camp’s blog, he’s influenced the power dynamic of the group by supporting powerful individuals and using them for his own benefit, and betraying them when it was expedient.