Photo of the Day: Leopard’s Leap at Londolozi

Leopards, Londolozi, photo of the day 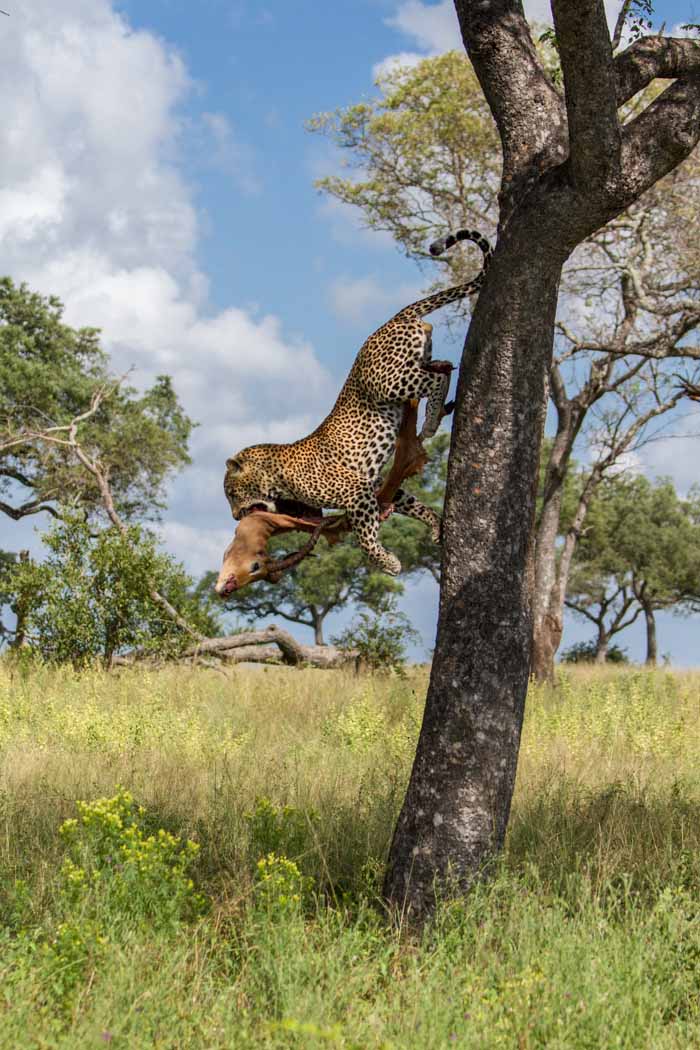 Mike Sutherland captured this striking image of a male leopard at South Africa’s Londolozi Private Game Reserve as it leapt from a tree with a pilfered kill clutched in his jaws. A female leopard had made the kill not long before the image was taken. Londolozi is world-renowned for its leopard encounters. For more than three decades, the lives of the reserve’s fascinating big cats have been documented by staff, guests and researchers and have even inspired coffee table books and documentaries. The photo was recently featured on 20 of the Most Powerful Photographs of Yesteryear on Londolozi’s blog