Photo of the Day: A Tortoise Licking Leopard 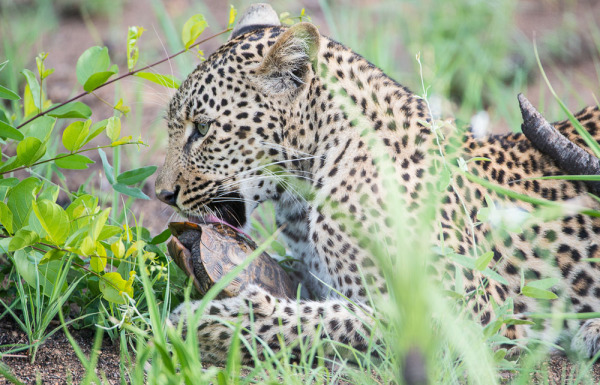 Leopards are notoriously opportunistic feeders, a trait that has made them the most successful big cat species in the world. In fact, in South Africa’s Sabi Sabi Private Game Reserve they have been recorded eating a total of 92 different types of prey. In late December, guests were treated to the site of this female leopard, dubbed Kalenge by Sabi Sabi guides, capturing a tortoise. She licked it for a while before eating it. An hour later she captured and ate a monitor lizard. Apparently, she’s developed a taste for reptiles.