Several Namibian artists combined their musical talents to create “Stand Together,” an inspiring song dedicated to saving the desert-adapted black rhinos that live in the wild areas of northwest Namibia. These caring musicians partnered with a local nonprofit conservation organization, Save the Rhino Trust Namibia, to produce this compelling music video in a joint effort to help end poachers’ senseless slaughter of African rhinos.

The song lyrics are sung in both indigenous languages and in English to help connect this important conservation message with the local populations that live within and around Namibia’s rhino ranges.

"The time is here, the time is NOW!" Our music video, 'Stand Together', has now officially gone out into the world and we're overjoyed to spread our message in such a musical – and uniquely Namibian – way :D***YOU can help us save the rhino by spreading this video far and wide!***You can also support us by purchasing the song, here: http://www.today.com.na/give/save-the-rhino-trustAnd by donating to our cause to save the rhino from extinction, here: https://www.justgiving.com/fundraising/SavetheRhinoTrustThis video is an original work by Elemotho, Oteya, Esme Songbird & Metarere Tjiho for Save the Rhino Trust Namibia. Produced by Endemic Productions & Take Note Media.A big thank you also to our sponsors, Namibia Breweries Limited, Ohlthaver & List, Hospitality Association of Namibia (HAN), Wilderness Safaris, Journeys Namibia Management Group in Tourism, Wild Dog Safaris, Ongava Game Reserve, AVANI Windhoek Hotel & Casino, Conservation Travel Foundation & Cowley Inc.For more information about this video, and our efforts to get our message into the public, please contact savetherhino.communication@gmail.com#OneVoice

For more than 30 years, Save the Rhino Trust has worked tirelessly to monitor and protect Namibia’s black rhinos, working in tandem with Namibia’s private and communal conservancies, other NGOs, the Namibian government, and Namibia’s Ministry of Environment and Tourism. Ecotourism in Namibia plays a powerful role in supporting sustainable policies, practices, and lifestyles that support the continued survival of African rhinos in Namibia and beyond.

Together with the people of Namibia and Save the Rhino Trust, these musicians are saving rhinos with music; standing together to help protect and grow the country’s rhino populations.

Will you stand together with them? 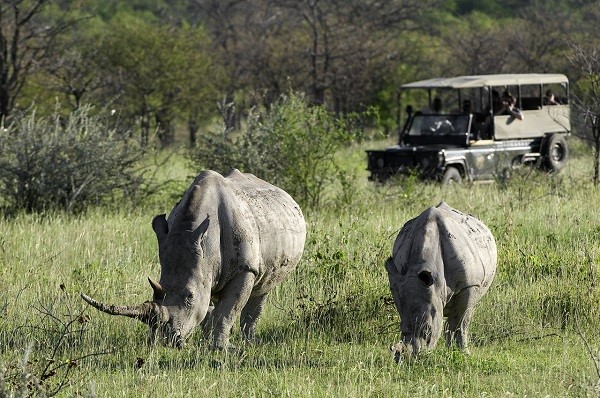