Meet the Small Cats of Africa

Everyone knows and loves Africa’s big cats; lions, leopards, and cheetahs. In fact, some people go on safari specifically to see one or more of these majestic species. But many people are surprised to learn that when it comes to felines, Africa has a lot more to offer than just the “Big Three.” There are several smaller cat species that you may see on safaris that are just as fascinating as their bigger, more famous cousins. 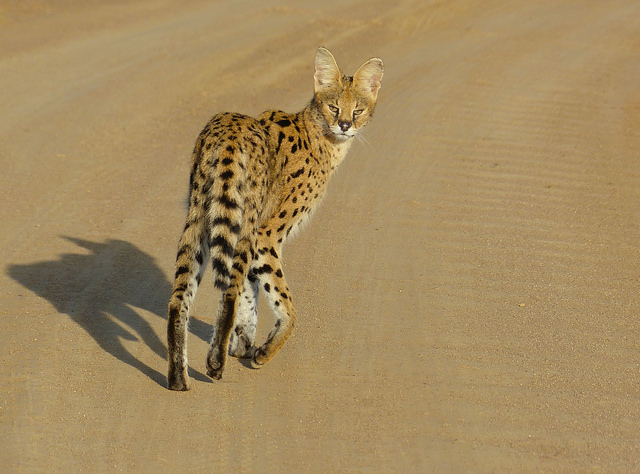 Serval by Bernard Dupont is licensed by CC BY-SA 2.0.

This beautiful, medium-sized cat is distributed widely across sub-Saharan Africa in a variety of habitats including long-grass savannah, and riparian and riverine ecosystems. They are generally not found in dense rainforests or deserts. They are shy, solitary and usually nocturnal. They have huge ears and the longest leg-to-body ratio among felines. 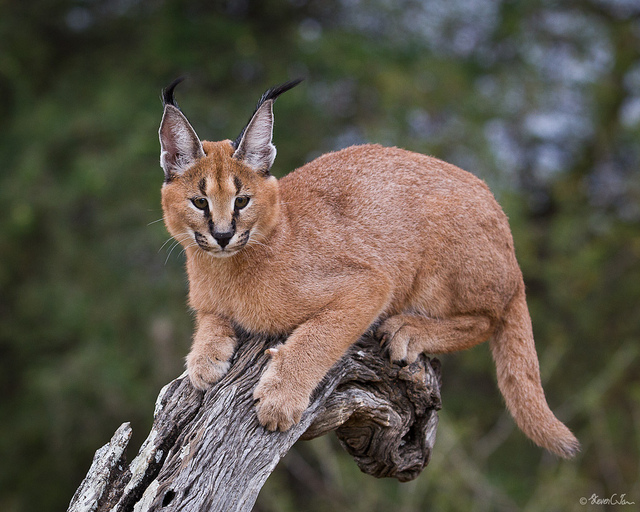 Caracal climb by Steven Tan is licensed by CC BY-SA 2.0.

The caracal is the biggest of Africa’s small cats. Males can weigh up to 40 pounds and female can weigh up to 35 pounds. This cat’s most distinguishing feature are the black tufts of fur on its ears. They can be found across much of Africa, the Middle East, and across southern Asia into India. The caracal’s favored habitat includes woodlands, savannas, semi-deserts, and scrub forests. Like their serval cousins, caracal are nocturnal hunters and are able to climb and swim. 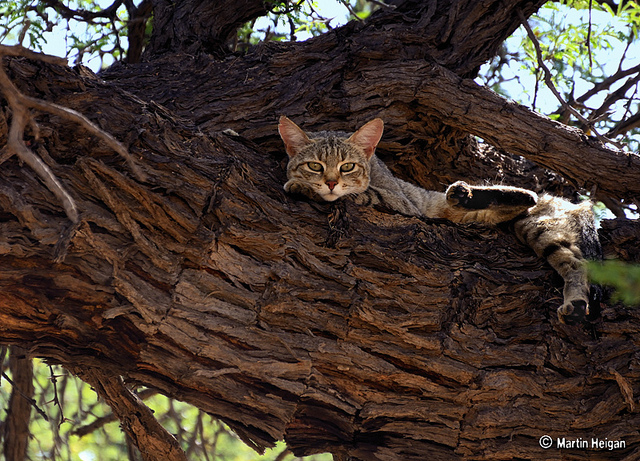 African wildcat by Martin Heigan is licensed by CC-BY-SA 2.0.

The African wildcat is the most widely distributed and common wildcat species. If it looks familiar, it’s because about 10,000 years ago they were domesticated in the Middle East and are the ancestors of  the modern domesticated house cat. If you see a pair of glowing eyes fairly close to the ground during an evening safari drive, there is a good chance it’s an African wildcat trotting along in search of mice and other small animals. There is definitely something a little strange about seeing what looks like someone’s pet kitty alone in the middle of the African wilderness at night. 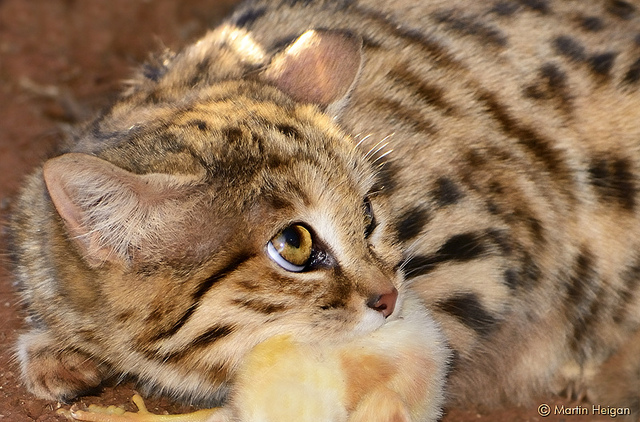 Black-footed cat by Martin Heigan is licensed by CC-BY-SA 2.0.

The black-footed cat, also known as the small-spotted cat, is the smallest of Africa’s wildcat species and of the smallest wildcats in the world. Males weigh just over five pounds and females usually weigh less than three.  It is endemic to South Africa and Namibia, and may also be found in parts of Zimbabwe and southern Angola. They like dry, open savanna and grassland and, being strictly nocturnal, are rarely seen by humans.