Everyone knows that most domesticated dogs can’t resist the thrill of chasing a cat. It turns out that Africa’s wild dogs aren’t immune to the joys of cat chasing either, as wildlife photographer Dana Allen recently found out on a safari drive in Botswana’s Okavango Delta. In this case, the dogs were the decided, well, underdogs, since the harried cats happened to belong to the world’s fastest species of land animal.

Allen writes on Wilderness Safari’s blog that they had been watching a pack of wild dogs unsuccessfully hunt for impala near Vumbura Plains Camp when two cheetah brothers ambled past. After a few warning calls, the pack surrounded the cats and began to close in. The cheetahs made a quick escape, with one bolting up a nearby tree. According to Allen, after about 90 minutes the coast appeared to be clear and the cheetah jumped to the ground. But a few dogs that had remained nearby noticed what was happening and the chase began anew, sending the cat up another tree. The dogs began to lose interest as darkness started to fall and they drifted off, leaving the cheetah to go off in search of his brother.

Check out Dana’s photo of the incident below. 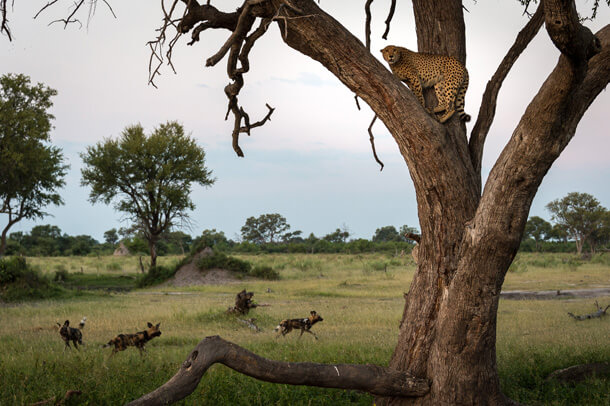 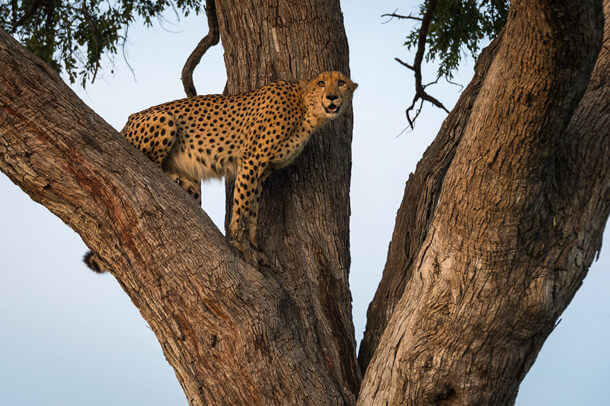 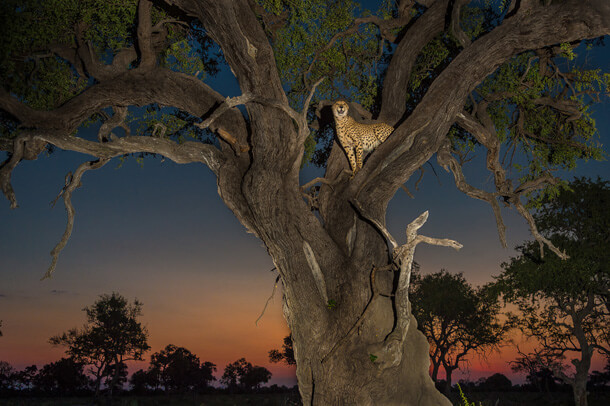