Botswana Cat Nip: Almost Us, but Rather a Cup 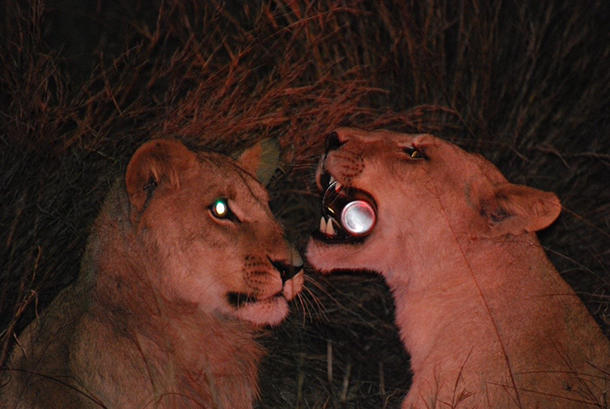 I learned on my recent Secluded Botswana Safari that, since the Botswana government has outlawed hunting, most animals, particularly predators, are quite used to trucks. In fact, they simply see our game drive vehicles as part of the scenery, or perhaps a non-threatening animal that they can’t quite get a consistent scent on.

However, it is important to distinguish that these animals are used to the trucks, not humans. If you were to get out of the safari truck or stand up in the truck in close proximity to a predator, the chances that the animal will attack go up substantially, even to 95 percent. My group was lucky enough to experience this distinction first hand!

Nearing the end of our safari with a stay at Tubu Tree Camp, we stopped in the bush after a long game drive for tea and a sundowner. We had been searching all day for the local lion pride we had seen the day prior, but with no luck today. Our Expedition Leader, Brooks Kamanakao, assumed that they had moved to the neighboring island. He explained how they like to rotate their hunting grounds between two islands, so the prey animals on each island won’t sense a consistent threat, and can be caught “off guard.”

It is was our last night, so we were taking photos every which way in the sunset and running about, until quite suddenly, Brooks said to us in an assertive, hushed tone, “Everyone stop. Don’t move. The lions are watching us.” Brooks grew up in the bush, and says that, since childhood, he has always known when lions are watching, because his hair will stand on end. He pointed to the lioness he saw, while positioning himself between the lioness and the group. The group wasn’t frantically alarmed, as she was some distance away, her face just visible among the tall grass.

When I turned around, I saw another lioness, much closer, only about 2 meters away. I stared until Brooks saw her too. This time his voice formed an urgent order, “She is stalking us, she is stalking us, get in the truck!” Brooks threw a cup to try and distract the lioness. Once we were all in the truck, she no longer saw us as prey, and turned her attention to stalking and playing with the cup, like a dog with a new toy. We watched this game and waited until the novelty of the cup wore off, then collected it, so that the lions couldn’t eat the cup and possibly be harmed. 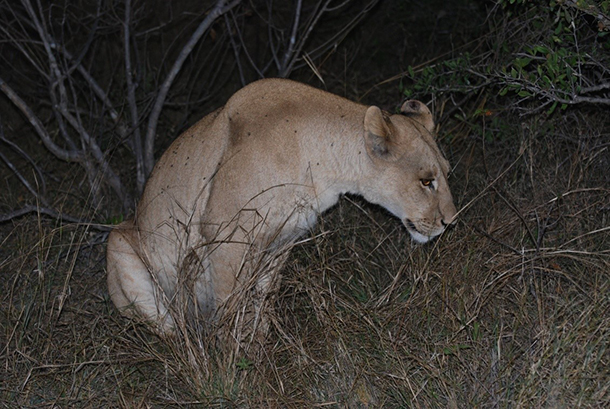 This was the same adolescent female we had watched a day earlier attempting to hunt. We had been giggling at her novice technique, as she wasn’t stalking at all, rather just running full out after a journey of adult giraffe. I guess she showed us – her stalking technique had certainly improved!

Most adult lions will avoid humans, but since she was young and curious, and learning to hunt, we caught her attention – or maybe she was just showing off!

This Botswana travel tale is brought to you by Tricia Brennan, Operations Coordinator at Nat Hab.