Black-Maned Lion Drama in the Kalahari!

The life of a male lion is seldom easy. At around the age of two or three, if he is lucky enough to survive that long, he is kicked out of his maternal pride and becomes a nomad. He will spend the rest of his life, often as a part of a coalition with one or more other males, fighting and jostling for territory, so that he may take over a pride and mate with its females. Some male lions never enjoy the pleasure of rejoining a pride, and those that do are faced with the dangerous and endless task of protecting what they’ve gained from other desperate males. 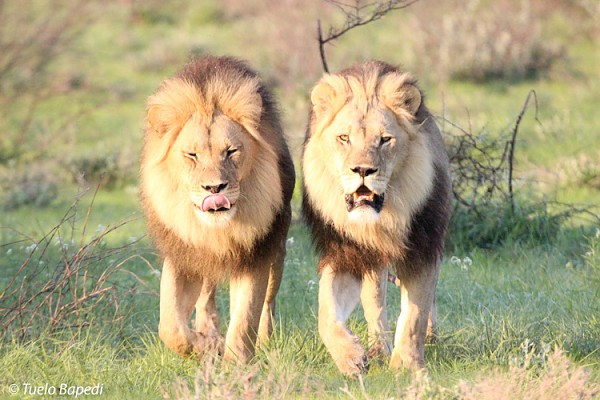 This drama has been playing out in recent years in the Kalahari, which is famous for its legendary black-maned lions. In 2012, a male named Lekhuba arrived near  Kalahari Plains Camp, which lies within territory held by an aging lion known as Plains Male. Lekhuba would venture into Plains Male’s territory from time to time, leading the camp’s staff to surmise that he was trying to figure out how to claim the territory for himself.

In 2013, Lekhubu began spending more and more time within Plains Male’s territory. Then, one morning, two new visitors, known as the Owens Boys, showed up and Lekhubu chased them off. Lekhuba’s intention of running the show now seemed clear. Plains Male, obviously doubting his own strength, spent hours nervously hanging out in front of one the guest tents. 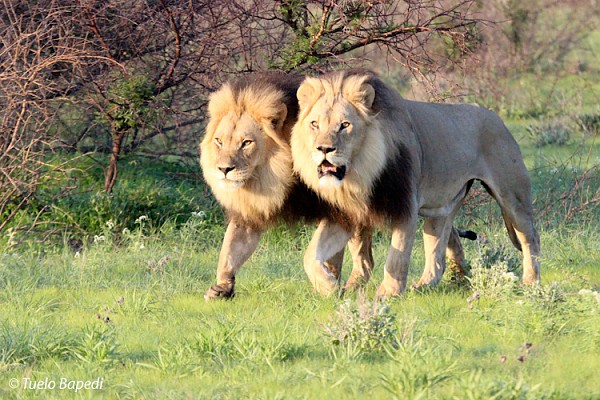 In August of that year Lekhuba made his move; he chased off Plains Male and took control of the pride, save for one female that the older lion managed to escape with. Lekhuba’s new pride consisted of three females and a young male, who would soon be chased off himself. At long last, Lekhuba had his prize and he began mating with the three females. In January of 2014, Lekhuba’s seven cubs could be seen wandering near camp. One didn’t survive. 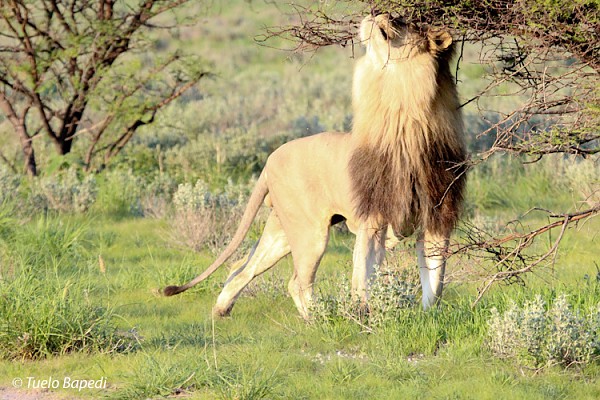 A few weeks ago, those wily Owens Boys returned to stake their claim on Lekhubu’s territory.  Lekhubu was seen running past the camp looking for a place to hide as the two invaders followed in hot pursuit. Fortunately, Lekhuba escaped, but the young upstarts wasted no time in unmarking Lekhubu’s marks and leaving their own.

Only time will tell if Lekhuba’s short reign as the king of the Plains Pride is nearing its end. In the meantime, check out the rest of the stunning images of the drama captured by Tuelo Bapedi, who is a guide at Kalahari Plains Camp. And if you want to visit the Kalahari and experience the thrill of seeing black-maned lions for yourself, the best time to go is between December and March. 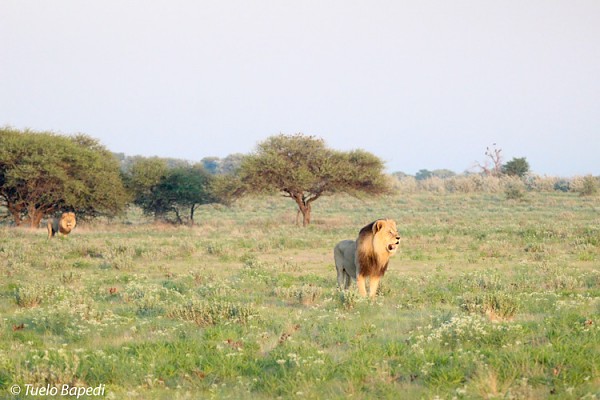 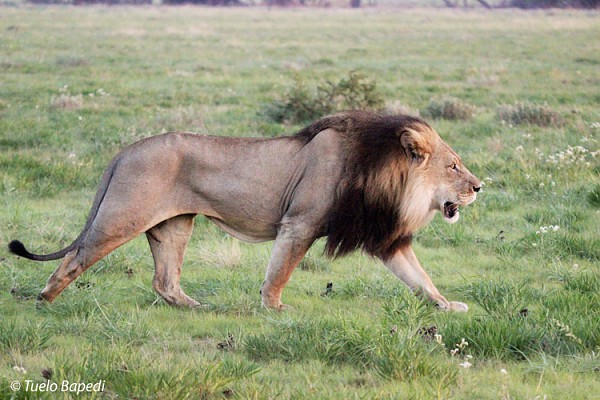 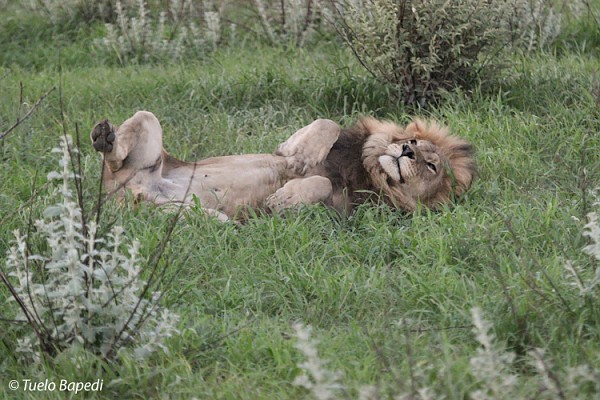 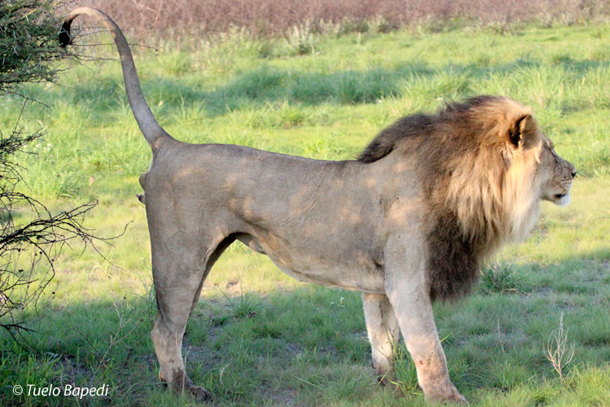